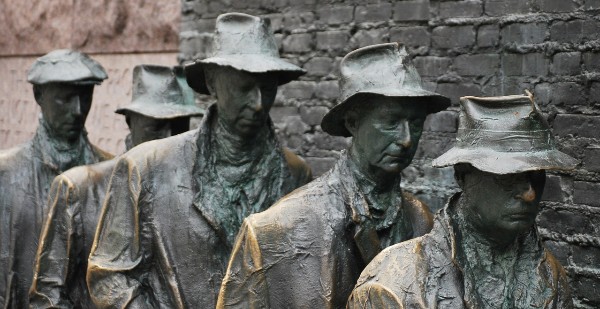 Amid record unemployment claims and predictions of a staggering 32% unemployment rate, the federal government is issuing thousands of visas to guest workers.

Among them are 20,000 new H2B visas announced Wednesday by the Department of Homeland Security for seasonal jobs in industries such as landscaping, food processing and resorts, noted Tucker Carlson on his Fox News show Wednesday night.

Another 15,000 new H2B visas will become available in May.

But these are "bonus visas," Carlson explains, in addition to the 66,000 H2B visas the federal government must allow each year by law.

A total of 35,000 visas were added at the discretion of DHS Secretary Chad Wolf.

"That's a total of 100,000 workers coming to this country to take jobs during the single biggest unemployment crisis in a century," he said. "It's demented."

But it gets worse, Carlson said, with DHS on Wednesday notifying 85,000 winners of the H1B visa lottery.

The H1B visas allow companies to hire foreigners with skills that presumably are not in sufficient supply in the American workforce, he noted.

As a result, big tech companies such as Google, Apple and IBM profit from a cheaper worker force.

Carlson said the practice has always been "disgusting," but now "it's a threat to our country."

"And that's no overstatement," he said. "In a year when tens of millions of Americans could be looking for work, our government is importing more than 150,000 workers from abroad."

And that's without counting thousands of H2A agricultural workers who will be coming as well.

Goldman Sachs estimates the employement rate could hit 15%, the highest figure since the 1930s. But economists at the St. Louis branch of the Federal Reserve fear it could be as high as 32%, which would be 47 million people out of work.

Carlson argued that President Trump has the authority to stop the taking of American jobs by foreign workers.

"If President Obama was able to ignore existing immigration law and create DACA (Deferred Action for Childhood Arrivals), and he did, certainly the current president has the power to cut legal immigration in order to protect the nation.

The Supreme Court affirmed the code in a case two years ago against Trump's ban on entry from certain countries that foster terrorism.

"But now we're facing an immeasurably greater crisis than terrorism," Carlson argued. "We're facing a global calamity that could wreck our economy, fracture our society ... erode our rights, shatter our institutions, transforming this country into a poor country, has-been ex-superpower beholden to China."