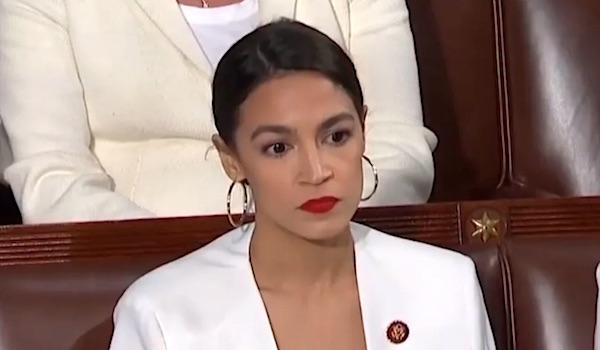 Franklin Graham, the CEO of Samaritan's Purse, the Christian ministry that provided an emergency hospital in New York City to treat coronavirus patients, is urging Americans to pray for the president as he deals with "stupid thinking" in Congress.

He referred to Rep. Alexandria Ocasio-Cortez, D-N.Y., telling workers to just say "no" to returning to work.

The freshman congresswoman said: "Only in America, when the president tweets about liberation, does he mean go back to work. When we have this discussion about going back or reopening, I think a lot of people should just say 'no'—we’re not going back to that…'"

Graham reacted on Facebook: "Are you kidding me? Just say no? The vast majority of Americans want desperately to go back to work. Work is how farmers grow food for our tables, it is work that keeps the electricity running—work is how America was built.

"I would say that 99% of people are ecstatic about the news that the country is opening back up again. Pray for President Donald J. Trump and Vice President Mike Pence as they have to deal with this kind of stupid thinking in our Congress while trying to get the nation back on track."

Ocasio-Cortez's comments came in an interview on the Vice TV show "A Seat at the Table."

Ironically, she recently blamed the Trump administration for "the loss of 20 million jobs."

"Mass unemployment was a choice. We did not need to lose 20 million jobs. We didn’t," she said. "We had options and the option that we chose was to do nothing, despite the fact that we could have done something to save millions of jobs in this country. And so, our political leadership, starting right at the White House and paired right up there with Mitch McConnell, said, hmm, we could take bold action right now to guarantee people’s jobs and guarantee payroll in this country, or we can allow mass unemployment."

Her lecture continued, "And what was allowed to happen, the thing that we chose, not we, but they, chose was mass unemployment and that is going to take years for us to recover from."

The Daily Wire pointed out that Republicans have led on the issue of emergency relief for individual Americans and businesses while repeatedly being blocked by Democrats.

Ocasio-Cortez's first term in Congress has been littered with controversy. Recently, she expressed glee that oil prices were plunging, even though the crisis threatens hundreds of U.S. businesses.

She also has asserted that billionaires "should not exist."

Ocasio-Cortez also has claimed "the world is gonna end in 12 years if we don't address climate change" and calls for spending trillions of dollars on her radical "Green New Deal."

She's also been plagued by other issues, including a tax warrant issued in 2017 against a children's book publisher she launched.