For most of my working life, the way I've made my living has been dependent on crowds, on the very opposite of what's now called "social distancing." I was a vendor strolling through the crowds at various street fairs and festivals, hawking "Authentic Hippie Spoonrings, Custom-Fitted While-U-Wait!" And for years I peddled T-shirts (often with my own original designs) out of a van at biker swap meets, outdoor markets and across the street from fairs and festivals.

Then I became a boardwalk pitchman, serving my "apprenticeship" on the actual Boardwalk of Atlantic City, where the motto is "Ocean, Emotion and Constant Promotion." I learned to pitch products like "The Amazing Ginsu Knife," stopping people in their tracks, gathering a crowd, holding their attention by sheer force of personality, entertaining them for a few minutes, and then making them reach into their pockets for $10 or $20 to buy something they'd had no intention of buying, and to make them want it so much that they'd push and shove to be among the "first five" or the "first 10" or "first 12" buyers!

And then I took it on the road, pitching the Ginsu Knife and similar items that needed to be demonstrated in order to be sold (like the product now known as the "Sham-Wow," made famous by the late Billy Mays, whom I remember when he was a "newbie" on the Boardwalk) at fairs, expos and other events all over the country.

Since the government shutdown in reaction to the coronavirus "crisis" has been in effect, I've been thinking a lot about those old days of being an itinerant peddler and pitchman. I've been thinking that, were I still making a living that way, I wouldn't just be "idled"; I'd be ruined.

It seems that anyone who made a living in similar circumstances would be ruined, as would the promoters of events involving gatherings of people, and everybody connected to such events. And I don't think such events are coming back, if and when the alleged health crisis has passed. When sporting events are canceled, the teams can afford it, the players can afford it, but the guy who sold hot dogs from a cart outside the stadium is financially destroyed.

How many businesses started out as a guy peddling stuff on a street corner, or selling out of his car trunk, or taking a table or a booth at a show of some kind, and either making a living that way or building it, over time, into a business with a permanent location and multiple employees?

That's why I think that if and when restaurants, for example, come back, they'll overwhelmingly be chain outlets or franchises, instead of sole proprietor, "Mom & Pop"-type operations. Who wants to take the risks associated with starting up and operating and building a business that can be rendered null and void overnight, without warning, by a government edict?

I think we may see our entire entrepreneurial class eliminated, and in a country where we used to think that entrepreneurship was part of our collective DNA. But we're also a country where we used to think that if something were patently unconstitutional, it wouldn't be allowed to happen. We didn't used to be able to envision our government telling us that previously legal and viable businesses, operating in full compliance with all requirements as to licenses, permits and codes, had to close up shop, send their employees home and lock their doors. Nor did we ever imagine that our government would issue directives telling us when we were allowed to step out of our own homes, and where we could go or not go, and with whom we could or could not associate.

And we certainly never imagined that our fellow citizens would so willingly accept and comply with such arbitrary new "rules," no matter what the alleged rationale for such rules might be.

And, even more disturbing, we never imagined that our law enforcement community, whose members have traditionally sworn to preserve and protect our Constitution, would be so very willing to take up the role of jackbooted thugs to help enforce such arbitrary and patently unconstitutional edicts.

It's certainly a "Brave New World" this "health crisis" has ushered in, and one that I never thought I'd see. I never thought I'd see our nation – whose credo seemed to include the expression "It's a free country!" – be fundamentally transformed (by deeply entrenched anti-constitutionalists and propagandists who've been trying for years to find or manufacture just the right crisis) into the kind of Maoist tyranny we used to look upon with contempt, convinced that "it can't happen here!" and without so much as a bang or even much of a whimper.

It's made me reflect on a couple of expressions and observations I first encountered back in The Pitch Biz. One was that "When you get people in a crowd, they lose 15 or 20 points off their IQ." The implication was that, for many, that reduction brought them down into moron territory, still smarter than an idiot or an imbecile, but nevertheless mentally challenged.

And on that theme, seeing the overwhelming majority of my fellow Americans so blithely accepting of "the new normal," I can't help but think this: 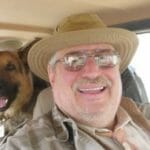