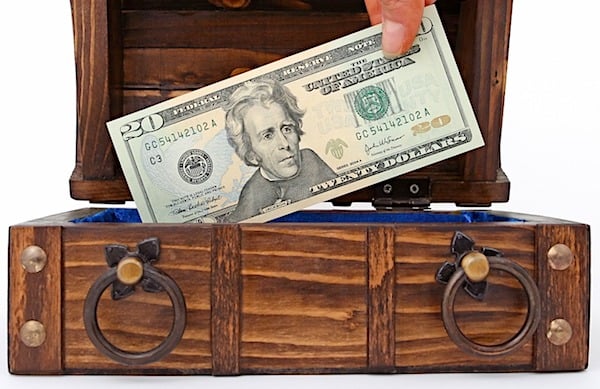 This story originally was published by the Daily Signal.

American prosperity always has relied on the fact that we are the most productive people in human history.

Unfortunately, some short-term Band-Aids for the widespread economic distress caused by the coronavirus lockdowns may have substantial negative effects that make it harder for Americans to get back on their feet.

While much of what is in the CARES Act passed by Congress will be important in mitigating the damage of the COVID-19 pandemic, some provisions already are creating bad, unintended consequences.

One problem has been the federal unemployment insurance that gives unemployed Americans $600 a week no matter what they were making before they lost their jobs.

“The very people we hired have now asked us to be laid off,” wrote Sky Marietta, who owns the shop with her husband, Geoff, according to NPR. “Not because they did not like their jobs or because they did not want to work, but because it would cost them literally hundreds of dollars per week to be employed.”

The federal government is offering $600 a week on top of state unemployment benefits, which means that for many, being unemployed is more lucrative than staying at work.

“You also have to think [of] the benefit of not having to go to work, especially during a pandemic,” Marietta said in her interview with NPR. “It’s not that we don’t wish that we could pay our employees at that level all the time. You’re always wanting to pay your staff the best you possibly can. But to be put in a position where you can’t compete with them being at home, unemployed, it’s really tricky. It’s a really difficult situation to be in.”

Other issues have cropped up too.

For instance, when Jamie Black-Lewis, owner of the Oasis Medspa & Salon and Amai Day Spa in Washington state, received two forgivable loans through the new federal Paycheck Protection Program, she said she thought it was a godsend to help retain her 35 employees who had their pay halted.

However, she said, the loans actually made many of her employees angry. The reaction she got was a “firestorm of hatred about the situation,” Black-Lewis said, according to CNBC.

Because these employees figured out they can make more money from unemployment than employment.

“It’s a windfall they see coming,” Black-Lewis said of unemployment in the CNBC interview. “In their mind, I took it away.”

The problem is, again, the extra $600 that people receive per week through the federal program, set to continue through July, can exceed what they’d make otherwise.

In a paper for The Heritage Foundation published Tuesday, Drew Gonshorowski and Rachel Greszler laid out what this looks like nationally:

The median full-time worker in America (who earns $933 per week, or $48,500 per year) would earn about 15% more from unemployment insurance—an additional $2,300 over the course of four months of unemployment—than if he had remained employed. The lower that workers’ earnings are, the greater financial incentive they will have to collect unemployment insurance instead of staying employed.

A full-time minimum-wage worker would receive 157% more from unemployment—a total of $7,900 more over four months—than from employment. Part-time and low-wage workers would benefit the most. Someone working 10 hours per week at the minimum wage—perhaps a high school student with a part-time job—would receive 778% more, or a total of $9,800 extra, over four months of unemployment than she would [in] remaining employed.

While the temporary nature of this program—for now—may mitigate some of the long-term negative effects, consider this: What’s going to happen to businesses that stay open or try to reopen in coming months but can’t retain employees?

Some business owners may simply use the increased unemployment benefits as an excuse to lay off workers, but many simply won’t be in business much longer.

When the enlarged unemployment benefits run out, countless Americans will find no work to return to. In many cases, they potentially also will be severed from health care coverage, which in America is typically tied to employers.

So, back on the dole. Not good.

This unemployment provision, created in a time of unquestioned crisis, reveals the fundamental problem of making it more lucrative not to work than to work.

Yet, some have suggested that an expanded version of these payments become a permanent part of the American system. House Speaker Nancy Pelosi recently suggested that in the wake of the coronavirus pandemic, America should consider a minimum income guarantee.

As Gonshorowski and Greszler recommend, changing the unemployment benefit so that it doesn’t exceed 100% of a worker’s previous wages could help prevent abuse of the system and ensure we aren’t encouraging people to abandon their jobs.

More than that, we must reject calls to make such a system a permanent feature of American life.

Jarrett Stepman is a contributor to The Daily Signal and co-host of The Right Side of History podcast.

This story originally was published by the Daily Signal.

WND News Services
These reports are produced by another news agency, and the editors of WND believe you'll find it of interest.
The threat from the SEC's global warming 'disclosure' rule
Some young adults consider moving back home with parents amid rising rents
Green transition will require natural gas industry
Repurposed antibiotic used to treat respiratory infections could cure COVID
WHO calls emergency meeting as monkeypox cases top 100 in Europe
See more...