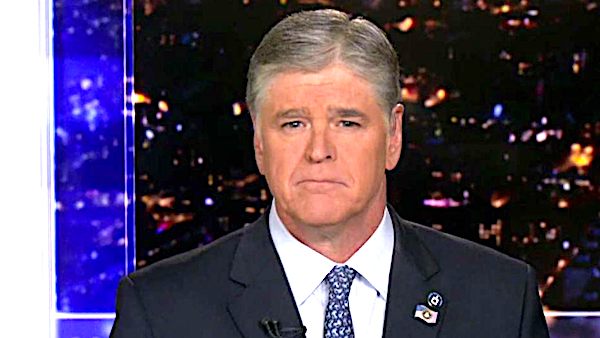 An attorney for Sean Hannity is demanding the New York Times retract a story blaming the Fox News host for the death of a New York City bar owner from the coronavirus.

A letter from Charles Harder contends the Times and its writers "falsely state and falsely imply a connection between Mr. Hannity's on-air comments and Mr [Joe] Joyce's decision to take a cruise."

Joyce went on a cruise to Spain in early March, began showing coronavirus symptoms by the middle of the month and died in early April.

The Times report said, "Early in March Sean Hannity went on air proclaiming that he didn't like the way that the American people were getting scared 'unnecessarily.'"

Harder argues: "But what you fail to mention is that Mr. Hannity's comments could not possibly have influenced Mr. Joyce's decision because he embarked on his cruise on March 1 (according to your report), while Mr. Hannity made comments on March 9, which you claim influenced his decision."

Further, the letter contends, the paper was "fully aware that this was the actual timeline and in order to mislead your readers and support your false narrative, you withheld the date of Mr. Hannity's comments from your story."

Hannity's lawyer asserts the story was "one of many instances of your ongoing campaign to personally attack Mr. Hannity by mischaracterizing and making false statements with respect to his coverage of the coronavirus pandemic."

The newspaper attacked Hannity, the letter says, while refusing to take "to task Democratic politicians such as New York City Mayor Bill de Blasio and New York state Gov. Andrew Cuomo for past comments where they 'minimized the seriousness' of the virus."

The Times also failed to criticize news outlets such as the Washington Post and CNN that reported the coronavirus would not become a major health hazard, the letter points out.

Also noted is a March 22 story with the sub-headline "Fox News hosts played down the danger of the deadly coronavirus to their viewers."

Hannity had provided an "exhaustive timeline" of his coverage before the Times' "false and incorrect" reporting, the letter says.

"Your reporting also takes Mr. Hannity’s remarks completely out of context to falsely claim that he said the coronavirus pandemic could not affect a 74 year-old such as Mr. Joyce," the letter continues. "This is the direct opposite of what Mr. Hannity stated in his March 9, 2020 broadcast: he stated that the coronavirus is more serious to individuals who are older, have compromised immune systems, or underlying health conditions. Mr. Hannity’s other comments regarding young, healthy individuals with lowered risk from the virus were merely echoing the same comments being made by Dr. Anthony Fauci at the time, who had stated on that same day (March 9, 2020) that healthy young individuals could still take cruises."

Listed were multiple times in which Hannity warned of the dangers of the coronavirus.

The newspaper must retract its report and apologize, the letter demands.

"You have acted with actual malice in publishing the foregoing statements. As detailed herein, it was readily apparent at the time of publication that Mr. Hannity had devoted substantial, truthful coverage to the coronavirus, and his remarks attributed by you were made eight days after Mr. Joyce had already embarked on his cruise. Thus, you consciously disregarded the falsity of your statements in publishing them," Harder writes.

"Please confirm in writing within twenty-four (24) hours of transmission of this letter that you will retract, correct and apologize for each of the foregoing statements. Failure to do so will leave Mr. Hannity with no alternative but to consider instituting immediate legal proceedings against you."

Times spokeswoman Eileen Murphy told the Washington Examiner, "There is no basis for a retraction or an apology."