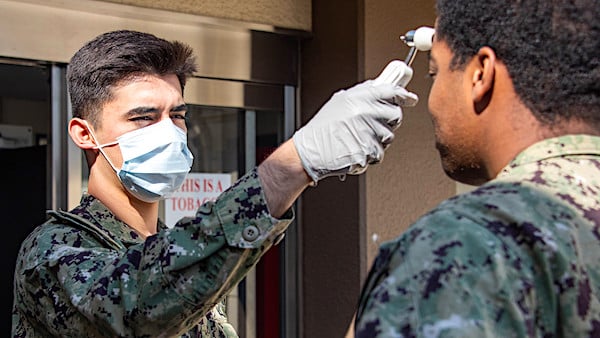 The Food and Drug Administration, the Centers for Disease Control, the American Medical Association, state governors and others are issuing edicts that "are paralyzing the people who can help" combat the coronavirus, contends the head of a physicians association.

"Government needs to stand down. It should be supporting doctors, not blocking and threatening them," said Dr. Jane Orient, executive director of the Association of American Physicians and Surgeons in Tucson, Arizona.

She noted that about half the nation's governors have issued edicts restricting physicians' prescription of FDA-approved drugs to treat or prevent COVID-19.

"The use of drugs for an indication not listed on the label is part of the practice of medicine, and the FDA does not have the authority to regulate that," she said. "If off-label use were not possible, you’d have to throw one-fifth of your prescriptions away."

Even more intrusively, Orient said, government is banning the practice of medicine altogether for “non-essential” needs if it can't be done by telemedicine.

The authorities define "non-essential," she pointed out.

"A doctor who dares to repair your painful but not life-threatening injury could be defending his medical license before the state medical board," Orient warned.

The rationale is that a doctor might use a mask or a pair of gloves that could otherwise be used to treat COVID-19 patients.

"So, instead of making more, should we find a way to seize a few boxes stored in private offices for redistribution?"

She argued doctors' revenues are plunging by more than 55% while their expenses continue to mount.

"Will your doctor’s practice survive?" she asked.

In hospitals, care is dictated by corporate guidelines.

"However brave and dedicated your assigned doctors may be, their use of independent judgment will be constrained," Orient said. "What about your choices for care? There will be no outside second opinions, no visits by family members to assess your care or your condition first-hand, and limited communication with overstressed staff."

She noted automatic "do not resuscitate" orders are being considered.

And drugs that many doctors around the world have used to effectively treat coronavirus patients such as hydroxychloroquine have been restricted.

"So, who is really in charge?" she asked. "Governors are probably not making up rules all by themselves. If an independent doctor does or does not do something, he can be held accountable. Generally not so for the shadowy entities advising the politicians."

"Who benefits from the crisis?" she asked.

"Big Pharma, scenting billions in profits from new drugs and vaccines, which would be threatened by use of cheap generics? Big insurance/hospital cartels, whose dominance is threatened by independent doctors? Political entities lusting for more power? Medical organizations whose revenue depends on any or all of the above?"