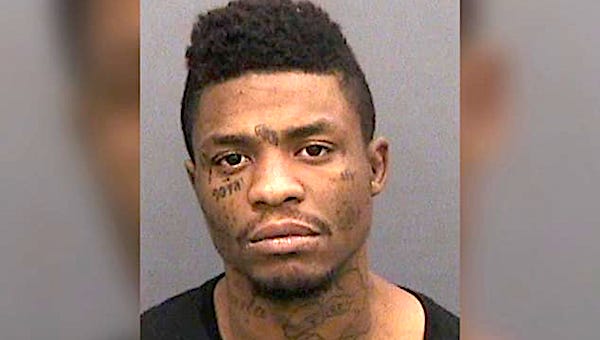 A Florida man was accused of murdering a man hours after being released from jail last month over concerns about the coronavirus pandemic.

Joseph Edwards Williams, 26, was arrested Monday in Tampa on charges of second-degree murder in connection with a March 20 homicide. He also faces charges of felony firearm possession, heroin possession and resisting arrest.

Hillsborough County arrest records show that Williams was released from jail on March 19 after a week in custody on charges of possession of heroin and drug paraphernalia.

WFLA reports that Williams was one of 164 inmates that the Hillsbourough County sheriff’s office released early in order to slow the spread of coronavirus at the county jail.

Jails across the country have released inmates in order to prevent large scale outbreaks of coronavirus. Judges have also granted reprieve to prisoners and inmates whose underlying health conditions make them vulnerable to coronavirus.

“We want to protect our employees here. We want to protect the remainder of the jail population. We also feel these low-level, non-violent offenders will be better served at home with their families,” Hillsborough County Sheriff Chad Chronister said at the time of the mass inmate release.

Williams has a lengthy criminal record. He was arrested earlier this year, on Jan. 4, on a failure to appear charge, according to jail records. He was released on Feb. 7 after serving 32 days of a 60-day sentence.

“There is no question Joseph Williams took advantage of this health emergency to commit crimes while he was out of jail awaiting resolution of a low-level, non-violent offense,” Chronister said in a statement Tuesday, according to WFLA.

“As a result, I call on the State Attorney to prosecute this defendant to the fullest extent of the law.”

He said that judges, prosecutors and sheriffs across the U.S. “are facing difficult decisions during this health crisis with respect to balancing public health and public safety.”

“Sheriffs in Florida and throughout our country have released non-violent, low-level offenders to protect our deputies and the jail population from an outbreak. Our commitment as an agency is to keep this community safe and enforce the law,” Chronister continued.