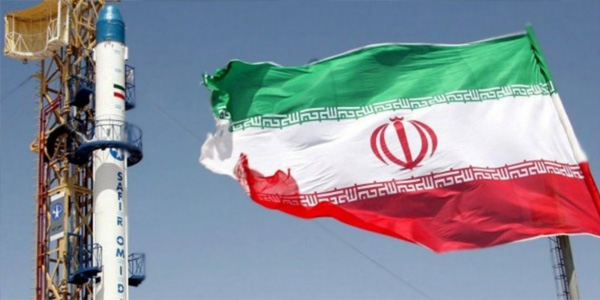 The COVID-19 pandemic is wreaking havoc in Iran, but it is accompanied by a surge in interest in Christianity.

He said that due to "the suffering and how they feel about the Islamic government and Islam itself, the good news is that we are seeing a surge in the number of salvations."

"It looks like a veil has lifted from the eyes of Iranians, and now they see the light of the Gospel and are attracted to it," he said.

Another insider, Mike Ansari of Heart4Iran, said groups meeting online due to the lockdown are growing.

"Just because we are home does not mean that we are ineffective. I believe the first and foremost thing is that we realize the power of prayer," he said. "We don’t have anything else to do but get on our knees and pray."

He said the church in Iran has survived persecution because of prayer.

ICC said the coronavirus probably is the most challenging crisis for the mullah-led regime since its inception 41 years ago.

"The consequences of COVID-19 are profound. Iran is the epicenter of the virus in the Middle East. Within the country, the authorities and civilians alike are equal before the virus. It has created a crisis of government. Fissures between the authorities have deeply widened over their pandemic response, and citizens are plunged into deeper despair through the government’s mismanagement."

Ansari said Christians are caught in the middle, since the regime bars the public practice of their faith.

But that means Christians "already understand what it means to experience social isolation and have church denied to them."

"Because of Iran's insistence at jailing Christians, they already know what confinement means," he said.

The pandemic has curbed the resources Iran's government needs to continue persecution. The judiciary issued an order stating that "any unnecessary summoning or arresting of persons shall be avoided."

Some Christians have been furloughed from jail. Others have been told there is no need to complete their sentence.

But he said the pastors are getting a message: "God is telling them to start ministry to afflicted people. That varies from passing by people on the street, to going and buying groceries for families rejected by the hospital and fighting the virus. They are involved in a ministry of compassion to those who used to persecute them."

One Christian, Dabrina Bet Tamraz, said the oppression is providing an opportunity for a "spiritual awakening."

"It shows again how restrictions and limitations can close buildings, it can restrict gatherings — but it cannot kill Christianity, for our faith and our unity and our relationship is through the spirit of God," she said.