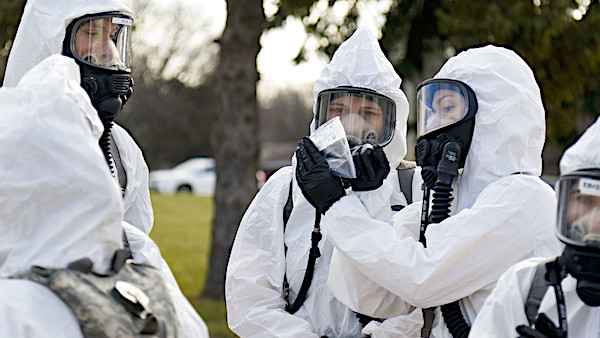 An official with the International Criminal Court in The Hague has informed lawyer Larry Klayman of Freedom Watch that his complaint against China for its handling of the coronavirus pandemic is under consideration.

Mark P. Dillon, head of the information and evidence unit of the ICC, cautioned Klayman in a letter that the acknowledgement does not mean an investigation has been opened or will be opened by the Office of the Prosecutor.

Klayman said he's "confident that the International Criminal Court will proceed with a criminal investigation and indict the Chinese leadership."

"Their crimes against humanity over the COVID-19 pandemic are severe and mounting each minute. The world demands justice for the death and destruction they have caused and continue to cause," said Klayman, a former Justice Department prosecutor.

"The Chinese people are a good people, but the communist government is evil," he said. "They will have to answer not just to the Court, but also God."

The complaint names China, President Xi Jinping and others for allegedly developing the coronavirus and covering up its spread.

"The ruthless communist Chinese regime, which persecutes and terrorizes its own people, must be held to account," Klayman said when the action was filed.

He previously sued China in U.S. federal court to pay for coronavirus damages.

The criminal complaint requests "that the prosecutors office of the International Criminal Court open an investigation to determine the origins of the COVID-19 virus including its likely release from the Wuhan Institute of Virology and the defendants' willful interference with attempts to fight the spread of the disease and develop treatments, tests, and a vaccine and once the facts alleged herein are confirmed to conduct criminal war crimes prosecutions to and try, convict and sentence to life imprisonment the defendants herein."

Along with China and Xi,the suit names members of the politburo, the People's Liberation Army, the Wuhan Institute, the institute's Shi Zhengli and Chen Wei of the army.

The complaint alleges, "COVID-19 was designed by China to be a very 'effective' and catastrophic biological warfare weapon to kill mass populations."