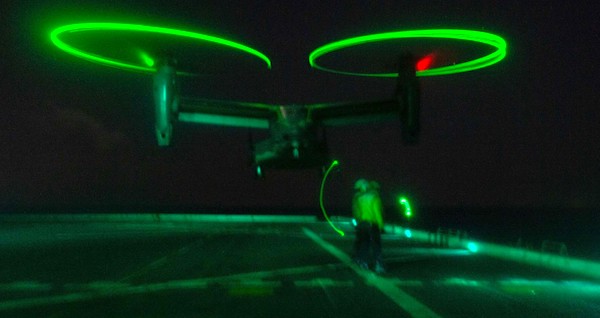 A 38-year-old Iranian citizen has been taken to Texas after his arrest in Georgia to face federal charges for a scheme to obtain "military sensitive parts" and ship them to Iran.

That plan would violate the Iranian Trade Embargo, according to John Demers, assistant attorney general for national security.

The FBI and other agencies worked on the case.

The military parts that Merdad Ansari is accused of trying to send to Iran "had dual-use military and civilian capability and could be used in such systems as: nuclear weapons, missile guidance and development, secure tactical radio communications, offensive electronic warfare, military electronic countermeasures (radio jamming), and radar warning and surveillance systems," authorities said.

"As alleged, the defendant helped Iran to develop its weapons programs by obtaining military parts in violation of the Iranian Trade Embargo," Demers said.

"I am grateful to the many law-enforcement partners who worked so diligently to make that happen," he said.

Ansari and co-defendant Mehrdad Foomanie of Iran are charged in a federal grand jury indictment with conspiracy to violate the Iranian Transactions Regulations, conspiracy to launder money and conspiracy to commit wire fraud.

When the indictment was released in October 2012, a third co-defendant, Susan Yip, a citizen of Taiwan, was sentenced to two years in federal prison. She pleaded guilty to conspiring to violate the ITR by acting as a broker and conduit for Foomanie, who remains a fugitive.

"According to the indictment, Foomanie also bought or attempted to buy items in the U.S. and arranged to have them unlawfully shipped to Iran through his companies in Iran (Morvarid Shargh Co. Ltd.); in Hong Kong (Panda Semiconductor and Foang Tech Inc., aka Ofogh Electronics Co.); and, in China (Ninehead Bird Semiconductor). The indictment also alleges that Ansari attempted to transship and transshipped cargo obtained from the U.S. by Yip and Foomanie using Ansari’s company, Gulf Gate Sea Cargo L.L.C., located in Dubai, United Arab Emirates," prosecutors explained.

The scheme involved obtaining, or trying to obtain, more than 105,000 parts valued at $2.6 million.

"The defendants conducted 599 transactions with 63 different U.S. companies where they obtained or attempted to obtain parts from U.S. companies without notifying the U.S. companies these parts were being shipped to Iran or getting the required U.S. government license to ship these parts to Iran," the prosecutors said.

Federal rules ban the exportation, sale or supply of goods or technology to Iran from the U.S.