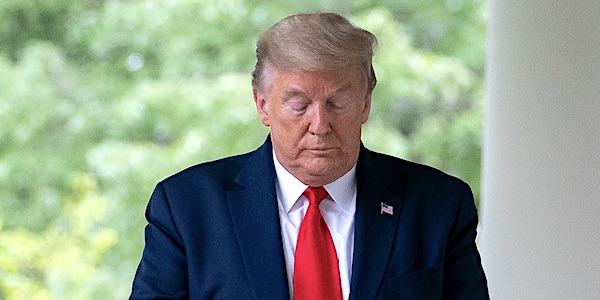 The new evidence that President Trump's first national security adviser was framed by the FBI shows that the Obama administration's effort to undermine the Trump campaign and then try to remove him from office was "worse than we thought," said Rep. Jim Jordan, R-Ohio, in an interview Thursday.

Jordan was interviewed by "Fox & Friends" host Steve Doocy, who said the newly declassified notes from FBI agents show "somebody at the FBI and the Department of Justice was out to get Flynn."

Doocy said the bureau was trying to "entrap him, have him tell a lie, charge him on that, prosecute him on that so that they could get rid of him and embarrass the Trump administration."

"A gut punch just at the time of the inauguration," the Fox News host said.

"Yes. No, no, it was worse than we thought," Jordan said.

Now, Jordan said, "we learn they go after Mike Flynn and set him up just days into the new administration?"

The congressman said "many Americans are learning now that everything we’ve said now for several years" is true.

"The only thing we had wrong is it was worse than we thought," he said. "And Americans are fed up with this and they want it cleaned up."

It got worse after the interview with Jordan with the report that newly unsealed court filings show disgraced former FBI agent Peter Strzok reopened the investigation into Flynn after it had been closed due to a lack of evidence. The reopening of the case was three weeks prior to the controversial "ambush" interview of Flynn at the White House that resulted in him being charged with perjury.

Among the other evidence unsealed this week in the Flynn case is a handwritten note by the FBI's former head of counterintelligence, Bill Priestap, showing agents discussed whether they should try "to get [Flynn] to lie, so we can prosecute him or get him fired."

Jordan, the top Republican on the House Judiciary Committee, said he wants to know why special counsel Robert Mueller didn't inform Congress of the exculpatory information in Flynn's case.

"And, maybe more importantly, where is (FBI Director) Christopher Wray? Why didn’t we learn any of this from him?"

Jordan said that if it were not for Attorney General William Barr and Flynn's new attorney, Sidney Powell, "we would have never got this information."

It was Powell who requested the FBI documents and Barr who appointed U.S. Attorney Jensen to reexamine the case after Flynn pleaded guilty to lying to the FBI.

"Fox & Friends" co-host Brian Kilmeade asked how it could be possible that Mueller was not aware of the smoking-gun documents in Flynn's case.

"Great question, Brian. I have no idea," Jordan replied. "Bob Mueller had 19 lawyers, 40 FBI agents, $30 million and two years to do this and we’re just now learning it."