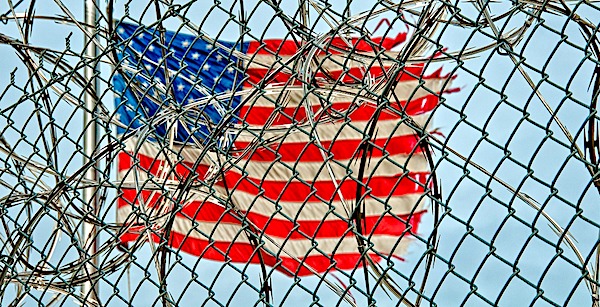 The majority of the detainees ordered to be released from an Immigration and Customs Enforcement (ICE) facility in California carry felony convictions, according to a document obtained by the Daily Caller News Foundation.

A federal judge on Thursday ruled that six detainees being held in the Adelanto ICE Processing Center in San Bernardino County, California must be released, finding that the individuals were particularly vulnerable to the coronavirus due to underlying health conditions.

The judgment came after the American Civil Liberties Union (ACLU) sued to free the detainees.

An ICE document obtained by the Daily Caller News Foundation reveals that four of these inmates have been convicted of felony crimes — some of them carrying extensive rap sheets that date back to the 1980s.

Martin Vargas Arellano, a 54-year-old Mexican national, was convicted of sexual assault in 1984, convicted of “lewd or lascivious acts with a minor” in 1985, and given a felony conviction in 2018 for a registered sex offender violation, according to the document.

Between 1988 and 2011, Vargas Arellano was convicted of robbery, burglary, domestic violence, assault, and drug possession.

Charlston Dacoff, a 54-year-old citizen of Belize who was apprehended after entering the U.S. illegally, was convicted of selling narcotics in 1985, selling marijuana in 2001, and was also slapped with five other misdemeanor convictions over the years — including driving under the influence twice, a weapons office, and larceny.

“We are thrilled our plaintiffs will soon be home safe,” a senior staff attorney for the ACLU said after the judge’s decision, and added that it was “unconstitutional” to keep other detainees in ICE custody at this time.

Neither Jose Robles Rodriguez nor Josue Antonio Hernandez Velasquez carry any criminal convictions, per the ICE document. A source familiar with the situation said that these two individuals have already been released from custody, but it’s not clear when the others will be released into the community.

ICE did not respond to the DCNF about the status of the detainees ordered to be released from the Adelanto ICE Processing Center.

Immigrant-rights advocates across the country are using the coronavirus pandemic to call for the mass release of illegal aliens held in ICE custody.

House Democrats in March, for example, urged the Department of Homeland Security to release as “many immigrants as possible” from detention.

Never Again Action, a far-left immigrant-rights group, is demanding that governors across the U.S. release all their immigrant inmates.

The ICE detainee population has fallen substantially in recent days. There are roughly 35,600 aliens in ICE detention, according to the most recent data. This number is a drop from about 38,000 last month.