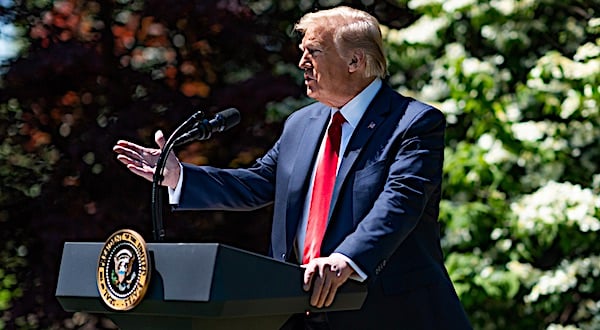 While establishment media's revulsion for President Trump is not news to any observer, a "gotcha" question from a reporter at the White House on Monday drew attention on social media.

New York magazine reporter Olivia Nuzzi asked Trump, "If an American president loses more Americans over the course of six weeks than died over the entirety of the Vietnam War, does he deserve to be re-elected?" 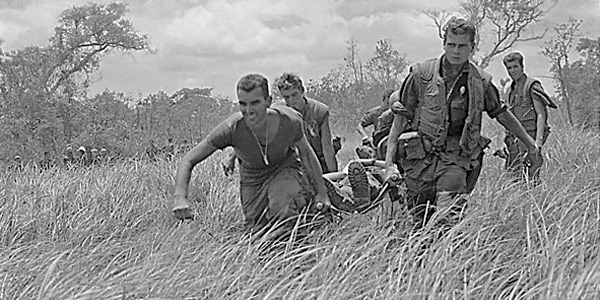 Ari Fleischer, who served as press secretary for former President George W. Bush reacted: "It's clown questions like that that can make the briefing a waste of time. The only point of that question was to provoke. Not learn anything new. Not provide information to viewers. The point was to get under Trump's skin. Good to see potus rose above and didn't take the bait."

Twitter user Gabriel Malor opined: "Oliva Nuzzi is Olivianuzzing again. Fundamentally ill-disposed to be a journalist, but this behavior is tolerated in the industry."

To which senior Fox News analyst Brit Hume commented: "'Tolerated' is an understatement. It's applauded."

The Gateway Pundit blog said Trump responded to Nuzzi by pointing out an early model predicted well over 2 million deaths resulting from the coronavirus. He listed actions his administration has taken, such as restricting travel from China, contending they have helped bring the number of deaths down dramatically.

A post on Twitchy, which compiles news from Twitter, said: "Like most journos, Olivia Nuzzi was more interested in scoring cheap political points than asking real questions. ... If she was trying to prove why the president should consider not bothering with these fame-seeking monkeys she succeeded."

Twitchy noted many "in the grown-up world called Olivia out for exploiting Vietnam deaths to somehow own Trump over this COVID crisis."

Nuzzi defended herself on Twitter: "If more than 50,000 Americans died over the course of a few weeks at any time in our history, it would be fair to ask the president if he deserves to be reelected. It wasn't a gotcha question, it wasn't designed to provoke, and I appreciate the fact that Trump took it seriously."

Twitter user Shem Horne reacted to Nuzzi's tweet: "You guys want to know why we call you the enemy of the people right? This is why."

Erielle Davidson wrote: "Wow. What a terrible question. Does a president 'deserve' reelection based on the number of deaths produced by a global pandemic? Our media is broken."