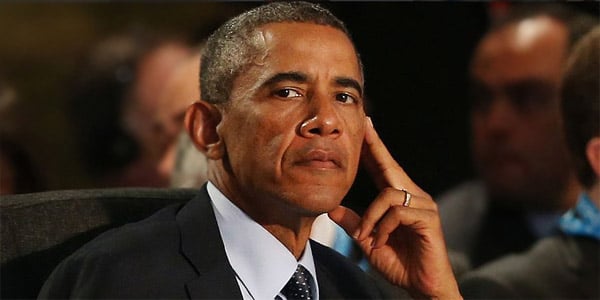 Some of the research at the Wuhan Institute of Virology, which is considered the possible source of the coronavirus outbreak, was funded by a grant from the U.S. government while Barack Obama was president.

The lab received grants from the U.S. National Institutes of Health totaling $7.1 million, according to public documents compiled by the White Coat Waste Project and shared with London's The Mail on Sunday.

A grant for research on bat coronaviruses received $3.7 million and another that injected viruses into mice's brains received $3.4 million.

The virus originally was believed to have come from a wet market in Wuhan that sold bats.

However, the U.S. and British intelligence communities are investigating the possibility the virus accidentally leaked from the Wuhan lab.

Further, the U.S. Embassy in Beijing, after visiting the Wuhan Institute of Virology in 2018, issued two official reports to the State Department warning of inadequate safety, the Washington Post reported.

The Mail said the National Institutes of Health continues to license the Wuhan laboratory to receive American money for experiments.

During a White House coronavirus task force news conference last week, a reporter asked President Trump, "Why would the U.S. give a grant like that to China?"

The president replied: "The Obama administration gave them a grant of $3.7 million? I've been hearing about that."

Trump said he would ensure that no more U.S. taxpayer money goes to the lab.

"We've instructed that if any grants are going to that area — we're looking at it, literally, about an hour ago, and also early in the morning. We will end that grant very quickly."