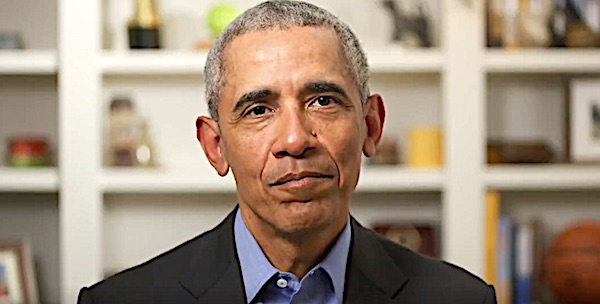 Former President Barack Obama said Tuesday that 2020 presidential candidate Joe Biden has the most left-wing platform of any major nominee in history.

Obama discussed Biden’s platform as he announced his official endorsement of his former vice president to become POTUS. Before emphasizing that Biden has the “most progressive platform” of any nominee in history, Obama said that if he were running for president in 2020, he would not have run on the same platform that he did in 2008.

I’m proud to endorse my friend @JoeBiden for President of the United States. Let's go: https://t.co/maHVGRozkX

“I could not be prouder of the incredible progress that we made together during my presidency,” Obama said. “But if I were running today, I wouldn’t run the same race, or have the same platform as I did in 2008.”

“It’s one of the reasons that Joe already has what is the most progressive platform of any major nominee in history,” the former president of the United States said. “Because even before the pandemic turned the world upside down, it was already clear that we needed real structural change.”

Obama’s endorsement comes after the former president abstained from endorsing Biden for months as Biden fought it out with other Democratic 2020 presidential candidates.

“Barack,” Biden tweeted Tuesday. “This endorsement means the world to Jill and me. We’re going to build on the progress we made together, and there’s no one I’d rather have standing by my side.”