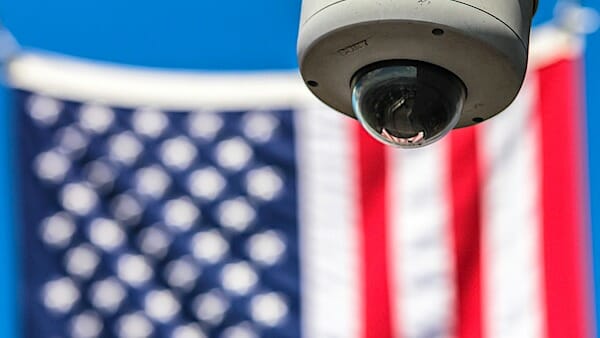 A judge's order allowing law-enforcement officers in a Michigan county to detain anyone suspected of being infected with COVID-19 who refuses to isolate has been revoked.

WND previously reported Judge Mark Trusock of the 17th Circuit Court issued the order in response to a request from Kent County Health Officer Adam London. The order includes a blank line for the names of anyone arrested to be filled out later, said the Great Lakes Justice Center, which called the order unconstitutional

The Daily News of Greenville, Michigan, reported April 22 that Linda Howell, corporate counsel for Kent County, said the order has not been used and "that the health department has reached an arrangement with Guiding Light, a nonprofit in Grand Rapids, to house any 'vulnerable population,' making the court order no longer needed."

"It makes this order just moot," Howell said. "We're going to ask the court to close the file on it and be done with it because the holding center has answered that particular need."

The report pointed out the judge signed the order April 6, even though Guiding Light was reported to have offered the use of its facility on March 27.

"It wasn’t meant to scare anybody,” Howell claimed. “It’s just a precautionary measure. It was a question of trying to be as prepared as we could."

MLive reported the the judge had insisted the order was all about protecting the public and "community safety."

But the Great Lakes Justice Center said the order is unconsitutional because it "gives blanket authority to officials to arrest/detain any person without any court hearing or without any evidence establishing probable cause to support the detention."

The order had allowed London to "instruct the Involuntary Isolation Facility to detain an individual until the CHT has been confirmed by a physician and the health officer to be without a fever of 100.4 degrees Fahrenheit for at least 72 consecutive hours (without use of fever reducing medication) and/or is otherwise non-symptomatic and meets the CDC criteria for release from isolation."

But GLJC argued warrants to arrest or detain people "cannot be issued against an entire class of persons or against everyone in a single county."

The Fourth Amendment states, "No warrants shall issue, but upon probable cause, supported by oath or affirmation, and particularly describing the place to be searched, and the person or things to be seized."