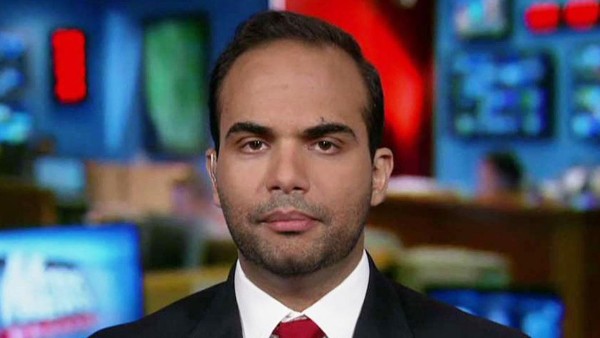 A former Trump 2016 campaign volunteer who was targeted by the Barack Obama administration in its counter-intelligence investigation believes justice is coming for the creators of the Russia-collusion hoax.

George Papadopoulos wrote on Twitter: "I promise you there is a conspiracy case being built around this frame job. I know exactly who it is."

My profanity laced interview with yet another loser informant has been published. I promise you there is a conspiracy case being built around this frame job. I know exactly who it is. https://t.co/xRG72AHxFZ

Papadopoulos was reacting to a "scoop" by CBS News investigative reporter Catherine Herridge.

Herridge reviewed the transcript of a conversation between Papadopoulos and a confidential source working for the FBI that took place less than two weeks before 2016 presidential election.

CBS News reported Papadopoulos repeatedly denied to the FBI source that the Trump campaign had anything to do with the hack of the Democratic National Committee's email system.

He said that wouldn't happen because it was "illegal."

Nevertheless, the hacking claim became one of the primary allegations in support of the charge that the Trump campaign colluded with Russia to win the election. Special counsel Robert Mueller later concluded after two years of investigation that he couldn't substantiate the charge.

CBS noted Papadopoulus was among the first Trump campaign associates to face criminal charges related to the special counsel investigation. He was sentenced to 14 days in prison for lying to the FBI about contacts with foreign nationals.

CBS reported: "The failure by government investigators to include key sections of the Papadopoulos transcripts in the warrants, including denials the campaign 'was collaborating with Russia or with outside groups like Wikileaks,' to surveil Page was listed among the 17 inaccuracies and omissions documented by [Inspector General Michael} Horowitz in his December report."

In the interview, Papadopoulos said, "I know that for a fact" that no one from the Trump campaign had anything to do with the issues at the DNC.

Even so, the CBS report said, conversations involving Papadopoulos were the catalyst for opening the FBI probe in late July 2016.

The Gateway Pundit pointed out that Rep. Devin Nunes, R-Calif., said one year ago he was sending over "criminal referrals" regarding individuals "lying to Congress, misleading Congress, leaking classified information."

Attorney General William Barr has appointed U.S. Attorney John Durham to investigate the origins of the Obama administration's counter-intelligence investigation of the Trump campaign. It's become a criminal inquiry.