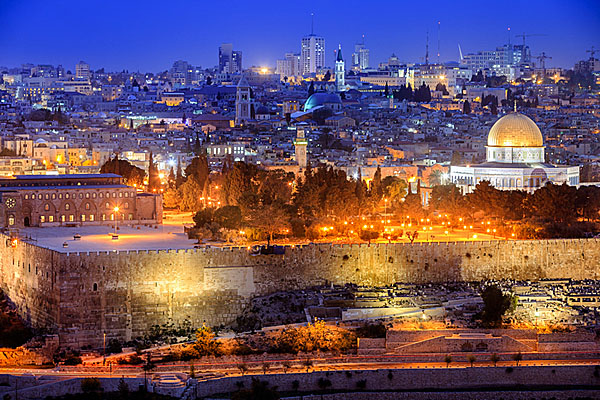 Jerusalem at dusk, view from the Olive Mountain

Few people groups have suffered throughout history as much as the Jews.

In one episode alone, the Holocaust, 6 million were murdered.

Now the founder of the non-profit Return O' Israel is asking for Christians worldwide to back a statement called the "Christian Declaration Of Support For Israel."

The promoter is Anthony Abma, who says he followed the example of the 2007 United Nations Declaration on the Rights of Indigenous Peoples.

It was compiled with the help of Rabbi Sam Solomon, chairman of the Sovereignty Movement and timed to mark the centennial anniversaries of both the San Remo Conference and Treaty of Sévres.

"Our objective is for Christians worldwide to sign this document as a show of our collective solidarity with Israel in support of their biblical, legal and indigenous rights in their ancestral homeland," Abma explained. "Doing so will also counter the rising tide of anti-Semitism, the BDS movement and the recent case launched by the International Criminal Court in the Hague, Netherlands, of alleged war crimes against Israeli leaders."

A video explains the movement:

Abma noted the Scriptures "unequivocally and categorically call upon all Bible believers to demonstrate unconditional support for Israel and the Jewish people through prayer and action, according to the Will and Word of God as stated."

The Bible recorded God's granting of specific land to the forefathers of Israel and foretold the return of the Jewish people to live in their ancestral homeland.

The statement affirms' Israel's right to be a nation, to have an undivided Jerusalem as its capital and that God's promises to the Jews remain.

The document says: "We, the Christian Community Worldwide, heretofore pledge our allegiance to the truths of God’s Word and support for the Jewish people in their ancestral homeland as: Guided by the purposes and principles of the Bible, and good faith in the fulfillment of the obligations assumed by every believer in accordance with the Bible as the Word of God; Affirming that the Jewish people have especially been chosen by God out of all other peoples on earth while recognizing the right of Jews and all peoples to be different, to consider themselves different, and to be respected as such, the Jewish people hold and are entitled to the unique position of having been entrusted with and designated as keepers of the “book”, the Word of God and the monotheistic faith in the One True God, creator, and Master of the Universe; [and] Reaffirming that the Jewish people, in the exercise of their rights as God’s chosen people, should be free from discrimination of any kind."

It also references the historic "injustices" and the urgent need to "respect and promote the inherent rights of the Jewish people which derive from their political, economic and social structures and from their cultures, religion, spiritual traditions, history and philosophies, especially their rights to their ancestral lands, territories, and resources."

It includes a long list of international treaties to protect the Jewish people, including the Balfour Declaration from the San Remo Conference, the Treaty of Sevres, the Joint Resolution of the American House of Congress in 1922, Article 80 of the U.N. Charter and Resolution 181 from the 1947 U.N. General Assembly.

The signers, "considering that the rights affirmed in treaties, agreements and other constructive arrangements between States affirming the legality of the return of the Jewish people to their ancestral homeland as their sovereign territory are, in some situations, matters of international concern, interest, responsibility, and character," it said. "Solemnly proclaim[] this Declaration of Christian Support for the Rights of the Jewish peoples as a standard of achievement to be pursued in a spirit of partnership and mutual respect."

The document also notes the Hebraic roots of the Christian faith. Christians, it says, are to "actively assist and participate in the plan of God’s redemption that calls for the ingathering of the Jewish people and their full and complete restoration in sovereignty as the reconstituted nation of Israel today in their ancestral homeland."

The objective of Return O' Israel is to "provide international Christian support towards the actualization of full Jewish sovereignty in Israel which is believed to bring about the future Redemption of Jews and Christians."