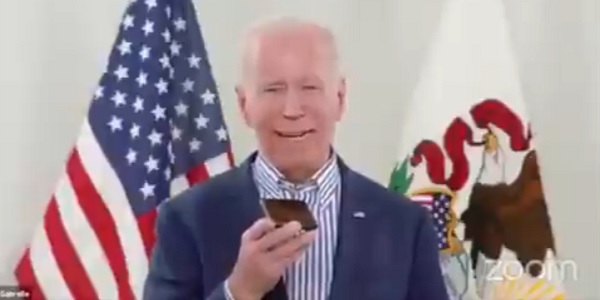 Washington, D.C., police told the Washington Examiner they are investigating a complaint by Tara Reade, the woman who alleges Joe Biden sexually assaulted her in 1993.

"This is an active ongoing investigation and there are no further details to provide at this time," said a spokesman for the Metropolitan Police Department.

"Cases that are handled by the Metropolitan Police Department's Sexual Assault Unit go through a multi-review prior to being assigned a disposition. This case is progressing through the review process."

The case has attracted little attention in establishment media, even though they were consumed by similar allegations against Brett Kavanaugh during his Supreme Court confirmation.

Experts cited by the Examiner said the investigation was unusual because the statute of limitations has run out.

Reade claims she was assaulted when she was working in Biden's Senate office in 1993.

The investigation likely is based on the incident report Reade filed with Washington police April 9 in which she declared "she was the victim of a sexual assault which was committed by Subject-2 in 1993."

The Examiner explained: "Reade, 56, said that she filed an incident report for 'safety reasons,' for the purpose of establishing a paper trail in case 'something happened to me,' and to show that she is serious about her allegation since it is illegal to make a false police report. Since coming forward with her allegations against Biden, she regularly receives threatening and vulgar messages, she told the Washington Examiner."

Reade has told the publication she wants to encourage any other people who might have an allegation against Biden to step forward.

"There is a mechanism for them to remain anonymous by going to the D.C. Metro Police, or they can direct them to their law enforcement," she explained.

She does not plan to taken Biden to civil court.

But the Examiner reported she was assigned a victim's advocate.

Experts told the publication there could be reasons why the case wasn't closed immediately.

"Sometimes they receive information that is never going to lead to a criminal charge, but nonetheless, does invoke some of their obligations as public safety officials," said Wendy Murphy, a professor of sexual violence law at New England Law, Boston.

The newspaper reported: "One former officer, who spent years on the force in Washington and spoke to the Washington Examiner on the condition of anonymity because he now works as a consultant for various police departments around the country, said the move struck him as out-of-the-ordinary."

The source said: "I wouldn’t expect a department to look into this for that long, maybe just take a report and close it out. It would also automatically be closed, they wouldn’t spend time investigating something they can’t prosecute. I'm sure the D.C. PD has plenty of work without creating it. Obviously it’s a very high-profile case, so high-profile cases get a lot more attention unfortunately than if the victim or offender wasn’t a known public figure. In spite of that, I wouldn’t expect them to proceed on something that had no chance of getting prosecution."