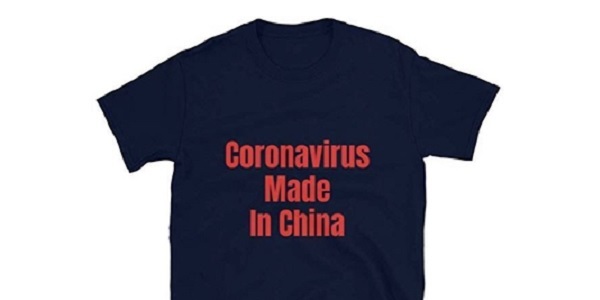 Western intelligence officials suspect the Chinese coronavirus pandemic started at a market for exotic foods in Wuhan or a research lab nearby, while China claims it's a creation of the CIA.

The world may never may know the truth, as that would require cooperation from the Chinese Communist Party.

But Chinese President Xi Jinping may have presented a clue when he said shortly after ordering lockdowns that he needed "a biosecurity law" as soon as possible, reports Nikkei Asian Review.

However, Xi's concern for "biosecurity," made at a Feb. 14 executive meeting of the Communist Party's Party's Central Committee, wasn't new.

Nikkei Asian Review noted China "has been preparing for it carefully for quite a long time," at least since 2015, "conscious of how the country was perceived overseas."

The country's two labs are in Wuhan. The Wuhan Institute of Virology is affiliated with the Chinese Academy of Sciences. The Wuhan Center for Disease Prevention and Control is near the Huanan live-animal market, which initially was the suspected source of the outbreak.

The virology lab is a biosafety level 4 lab, meaning it incorporates the highest level of security.

Said to be Asia's largest, it is storing about 1,500 strains, including the coronavirus that caused the SARS epidemic almost 20 years ago.

China built it with help from France, which later reported a flaw in the lab's safety procedures.

But work went on, as "China wanted to catch up with advanced countries in biotech research as soon as possible," the Nikkei Asian Review report said.

President Trump recently said the U.S. is conducting "very serious investigation" into the origin of the virus.

Secretary of State Pompeo said, "It's incredibly important that we get to the bottom of what transpired and that the Chinese Communist Party come clean about how this all began."

Nikkei Asian Review pointed to evidence the virus came from a Wuhan lab.

It cited the "tragic case of Li Wenliang, an ophthalmologist and coronavirus whistleblower in Wuhan who was muzzled before he himself succumbed to the virus."

Also, bats that do not live in Wuhan but were studied at the labs are suspected to be the virus carrier. The bats are not sold at the Huanan market.

China's concern about biosecurity has been getting attention at least since 2015, when former Minister of Commerce Gao Hucheng proposed a draft biosafety law.

The biosecurity law is expected to be enacted during the annual session of the National People's Congress, scheduled to begin May 22.

The ZeroHedge blog noted the communist Chinese government "was painfully aware that bio-labs including the Wuhan Institute of Virology, where it is thought the coronavirus could have originated, were in desperate need of safety upgrades to prevent accidental leaks."