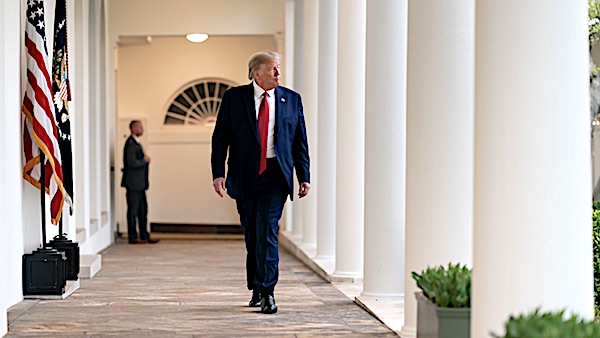 The Trump administration's current social-distancing guidelines in reponse to the coronavirus epidemic are scheduled to expire April 30.

Barr, in an interview Thursday, called for the "draconian" restrictions to be lifted by May 1.

"We have to be very careful to make sure this, that the draconian measures that are being adopted are fully justified, and there are not alternative ways of protecting people," Barr said in an interview with Fox News’ Laura Ingraham.

Trump has declined to give a date since he was criticized weeks ago for setting an "aspirational date" of Easter to reopen the country.

The question was posed to him Wednesday at the White House briefing.

"I said it would be very tough, and I was criticized for that, so I don't like giving dates," he said. "I think we will be sooner rather than later."

The president said he wants the country to be on the "downside of that slope" of infections, hospitalizations and deaths.

Barr said in the Fox News interview he trusts the American people to adhere to social-distancing guidelines on their own.

"When this period of time at the end of April expires, I think we have to allow people to adapt more than we have, and not just tell people to go home and hide under the bed," Barr said.

President Trump has repeatedly argued he can’t allow the cure to become worse than the disease.

Among the immediately felt economic consequences are the 17 million people who have filed for unemployment in recent weeks, surpassing the total during the entire great recession of 2008.

At the White House briefing Thursday, Vice President Mike Pence said the president wants to reopen the country as soon as possible.

"I think most of America knows that no one wants to reopen America more than President Donald Trump," he said. "But the president has told us we need to do it responsibly, and we're going to follow the data."