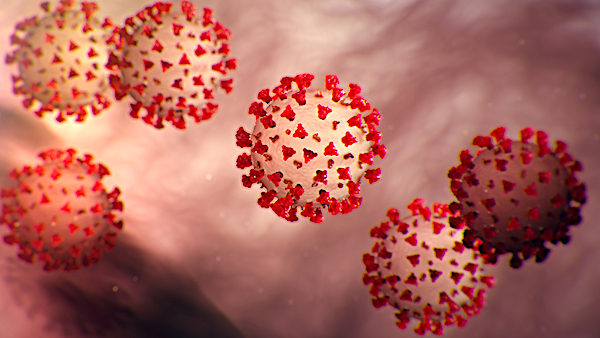 Establishment media on Friday continued to mock President Trump for his remarks at the White House news conference Thursday regarding coronavirus treatments, claiming he was advocating injecting disinfectants into people.

Speaking to reporters Friday at the White House, the president explained he "was asking a question sarcastically to reporters like you just to see what would happen."

The Washington Post, among others, insisted there was "no indication when he made the initial remarks that they weren't a real recommendation."

Trump's remarks Thursday came after a presentation by Dr. Bill Bryant, head of the Science and Technology Directorate at the Department of Homeland Security. Bryant showed the life of the virus is considerably shorter in hot and humid weather.

"Thank you very much," Trump said. "So I asked Bill a question that probably some of you are thinking of, if you’re totally into that world, which I find to be very interesting. So, supposing we hit the body with a tremendous — whether it’s ultraviolet or just very powerful light — and I think you said that that hasn’t been checked, but you’re going to test it. And then I said, supposing you brought the light inside the body, which you can do either through the skin or in some other way, and I think you said you’re going to test that too. It sounds interesting."

Later, he added: "And then I see the disinfectant, where it knocks it out in a minute. One minute. And is there a way we can do something like that, by injection inside or almost a cleaning. Because you see it gets in the lungs and it does a tremendous number on the lungs. So it would be interesting to check that. So, that, you’re going to have to use medical doctors with. But it sounds — it sounds interesting to me. So we’ll see. But the whole concept of the light, the way it kills it in one minute, that’s — that’s pretty powerful."

"It's a clear, visible within 24 hours of how the Republicans reject science and reject governance," Pelosi said.

A fact-check by Breitbart News concluded: "President Trump is being quoted out of context — as usual — by left-wingers on social media who are accusing him of suggesting injecting people with disinfectant as a way of curing coronavirus infections.

"Trump used the word 'inject,' but what he meant was using a process — which he left 'medical doctors' to define — in which patients’ lungs might be cleared of the virus, given new knowledge about its response to light and other factors."

Meanwhile, the Gateway Pundit blog pointed out, while Democrats "are mocking Trump for suggesting light therapy, bio-tech firm Aytu BioScience announced they are partnering with the FDA and Cedars-Sinai on a UV light treatment to kill the coronavirus in intubated patients."

The company explained the technology, called Healight, is being researched "as a potential first-in-class treatment for coronavirus.

The Post noted that White House Press Secretary Kayleigh McEnany did not say the president had been joking.

Instead, McEnany explained that Trump had said Americans should consult with their doctors about treatment. U.S. Surgeon General Jerome Adams released a statement reiterating that on Friday morning.

.@SpeakerPelosi: "The president is asking people to inject Lysol into their lungs and Mitch was saying that states should go bankrupt. It's a clear, visible within 24 hours of how the Republicans reject science and reject governance." pic.twitter.com/GmvcCr50nt

She's a ridiculous person. Trump didn't tell people to inject Lysol, and McConnell said that if states racked up tens of billions in debts unrelated to coronavirus, it is absolutely not the federal government's responsibility to bail them out. But slay queen, or whatever. https://t.co/lHr6cZY8C8