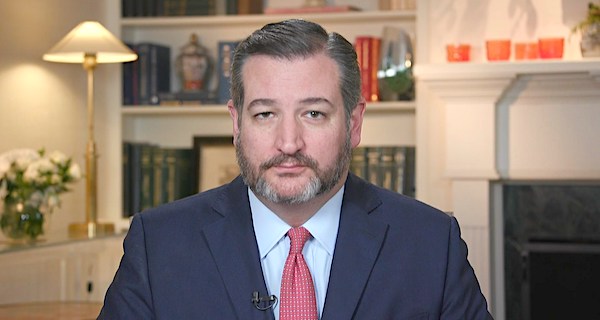 Sen. Ted Cruz, R-Texas, is leading a bipartisan effort to wean the United States from its reliance on China for drugs and medical supplies by turning to Middle East ally Israel.

"I've long said that China poses the most significant, long-term geopolitical threat to the United States," Cruz wrote on Twitter. "Our dependence on China for life-saving medications and treatments is deeply problematic.

The senator argued that Israel "is not only our friend and ally, but also a global leader in medicine with which we already cooperate on exactly those issues."

"I'm proud to push forward to ensure both American and Israeli companies can work together to develop cures and treatments to defeat COVID-19," Cruz said.

Coons said the United States and Israel "are world leaders in the medical technology industry, and it is in the interest of all Americans, Israelis, and the rest of the world that we work together to fight COVID-19."

"This virus knows no borders, and our bill underscores the importance of international collaboration in the face of a truly global pandemic," the Democratic senator said.

Israel's Pluristem Therapeutics Inc.'s treatment boasts a 100% survival rate. And the research institute MIGAL, located in Israel's Northern Galilee, says its' on a path to developing a coronavirus vaccine.

Yahoo Finance reported Cruz is promising to continue in the months ahead "reassessing and fundamentally changing the United States’ relationship with China."