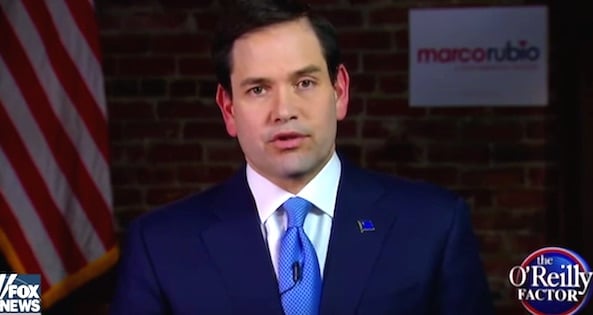 The leaders of the World Health Organization (WHO) need to be “held to account” for their “subservience to Beijing” during the coronavirus pandemic, Republican Florida Sen. Marco Rubio said in an op-ed Wednesday.

WHO, an arm of the United Nations, has provided cover for Chinese authorities as they attempt to shirk responsibility for the global coronavirus pandemic.

“The world’s leading global health organization cannot be used as a tool of the CCP, and the U.S. — the WHO’s largest financial contributor, giving five times as much money as obligated — must take steps to ensure it does,” Rubio wrote in National Review.

“Once this pandemic is under control, WHO leadership should be held to account. That includes Director-General Tedros Adhanom Ghebreyesus, who has allowed Beijing to use the WHO to mislead the global community.”

As previously reported by the Daily Caller News Foundation, Tedros won his WHO post with China’s backing and is leading WHO as it runs interference for the oppressive regime’s propaganda campaign.

Rubio said WHO’s director-general “is either complicit or dangerously incompetent. Neither possibility bodes well for his future at the helm of this critical organization.”

A top WHO official went viral earlier in March after cutting off an interview when asked about Taiwan, which China claims as part of its territory.

“Dodging questions about Taiwan to please Beijing isn’t fatal, but it is indicative of a systemic problem within WHO leadership: a subservience to Beijing that comes at the expense of its stated commitment to public health,” Rubio wrote.

‼️WOW‼️ Bruce Aylward/@WHO did an interview with HK's @rthk_news & when asked about #Taiwan he pretended not to hear the question. The journalist asks again & he hangs up!

She calls back & he said "Well, we've already talked about China."

WHO has come under increasing scrutiny from Republican lawmakers.

Republican Florida Sen. Rick Scott on Tuesday called for a congressional investigation into whether the WHO helped China’s communist government cover up the virus in its early stages.

Scott also called for congressional hearings on whether the United States should continue funding the WHO.