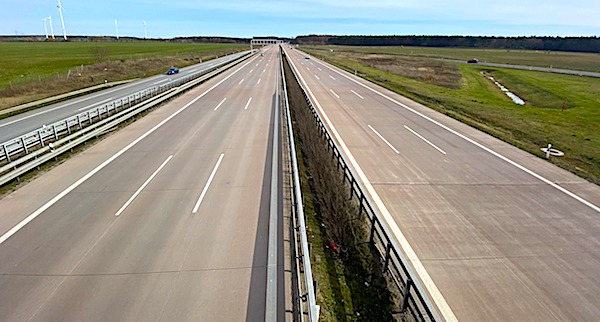 With millions of Americans staying at home during the coronavirus pandemic, those who venture out to the grocery store have probably already noticed that many roadways are virtually barren.

And that could likely translate into a drop in traffic fatalities as 2020 progresses.

"Cities and states have started to report that traffic accident rates have dropped in the past month, and so have DUI arrests," reports 24/7WallSt.

The National Safety Council indicates the total of motor-vehicle fatalities in 2019 was 38,800, with drunk-driving deaths 29% of that figure. Additionally, more than 4.4 million people suffered serious traffic-crash injuries last year.

In Hawaii, Big Island Now has posted a story with the headline, "DUIs drop dramatically with COVID-19 pandemic."

The report noted: "On Tuesday, March 17, police reported 25 motorists were arrested for driving under the influence of an intoxicant during the previous week. One week later, that number dropped to 13. On Monday, new numbers were released showing that police had made only three DUI arrests over the previous seven days."

Some states have released figures revealing a major drop in daily traffic on their highways.

Do you expect traffic deaths to plunge during the coronavirus pandemic?
98% (61 Votes)
2% (1 Votes)

"We knew that [traffic] volume was way down, but it was still a shock to see the numbers. It brings it home that this is very serious," Brad Overturf, a Department of Transportation supervising planner in Connecticut, told 24/7WallSt.

In Pennsylvania, Dave Werner of the Franklin County Traffic Safety Board told the site: "With significant less travel expected until the coronavirus comes under control and the restrictions lifted, vehicle crashes, injuries and fatalities will also fall."

"While none of these cases proves that reduced traffic has caused fewer driving accidents, and likely fewer traffic fatalities, taken as a whole, they point to the conclusion that the number of traffic deaths will drop in 2020," said Douglas A. McIntyre of 24/7WallSt.

Some insurance companies have already noticed the difference, and have announced plans to reimburse their customers.

Allstate and American Family Insurance said Monday they would be giving back some $800 million to their car-insurance customers, specifically due to the drop in roadway traffic caused by the coronavirus.

"Given an unprecedented decline in driving, customers will receive a Shelter-in-Place Payback," said Allstate CEO Tom Wilson. "This is fair because less driving means fewer accidents."

Allstate will refund about 15% of premiums paid by its customers in April and May, totaling $600 million. The company is reimbursing its customers in the U.S. and Canada, irrespective of any stay-at-home orders.

American Family said its payments would go to all of its customers in the 19 states it serves.