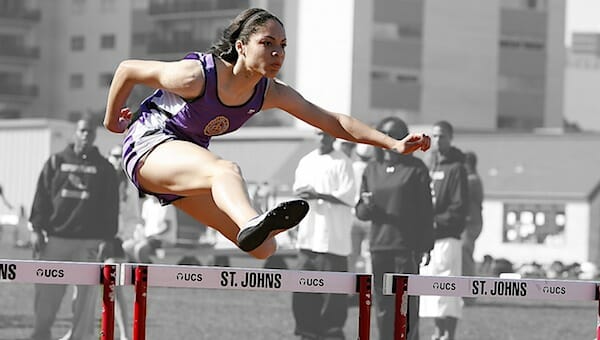 The American Civil Liberties Union is suing Idaho over a state law that requiring participants in girls' sports to be girls.

That would rule out boys who say they are girls.

Idaho's Fairness in Women's Sports Act made the state the first to ban "biologically male students from participating in all-female sports."

That's a problem for the ACLU:

When @GovernorLittle signed a law to ban trans athletes, he sent a message that trans people do not deserve the benefits of sports available to their peers. He is wrong and today along with @CooleyLLP and @Legal_Voice, we will sue. @ACLU @IdahoStatesman. https://t.co/fRtPid7um4

The organization said on Twitter: "When @GovernorLittle signed a law to ban trans athletes, he sent a message that trans people do not deserve the benefits of sports available to their peers. He is wrong and today along with @CooleyLLP and @Legal_Voice, we will sue."

One Twitter user corrected the ACLU: "No, he sent the message that gender identity is not a sports category; sex is. As such, the protected female sports category is only open to athletes who are biologically female and adhere to the doping rules. It holds trans and non-trans athletes alike to this same standard."

The Washington Free Beacon reported the ACLU sued on behalf of a transgender Boise State University track runner named Lindsay Hecox and a Boise High School student who is not transgender but said she is worried the government could invade her privacy to verify her sex.

The law is scheduled to take effect July 1.

Gabriel Arkles, a lawyer for the LGBT activists, told the Free Beacon that biological sex does not matter, it's "gender identity" that counts.

"This should be the standard for all school sports."

The governor explained the law is to protect the rights of female athletes.

"I think that the issue is the girl’s right to participate without having to be concerned about who they’re competing with. And that’s why I signed the bill," he said.

In districts where boys are allowed to compete as girls they tend to overwhelm the competition.

"Courts have recognized that the inherent, physiological differences between males and females result in different athletic capabilities," the law states.