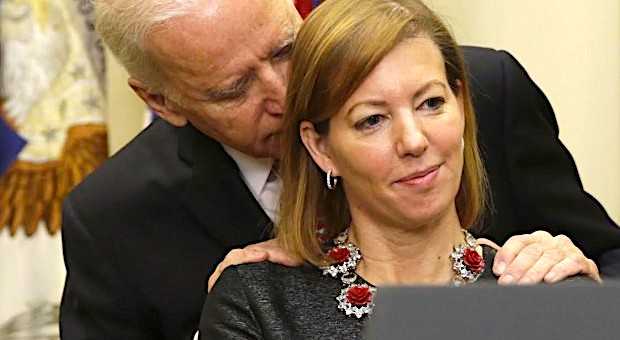 The New York Times edited portions of an article Sunday regarding sexual assault allegations against former Vice President Joe Biden, removing a section in the piece mentioning past complaints against him.

The NYT analyzed allegations former Senate aide Tara Reade made against Biden in the early 1990s, with the NYT concluding that it was unable to find any patterns of misconduct. The story was edited to nix a section mentioning past allegations against the 2020 Democratic presidential candidate.

“The Times found no pattern of sexual misconduct by Mr. Biden, beyond the hugs, kisses, and touching that women previously said made them uncomfortable,” TheNYT's initial copy noted before editors nixed the sentence’s second clause after the story was already live.

The final copy, which does not include an editor’s note explaining why the part was edited, now simply says: “The Times found no pattern of sexual misconduct by Mr. Biden.”

Interesting, the "beyond hugs, kisses and touching that women previously said made them uncomfortable" caveat was deleted in the story though the tweet with that caveat remains up. pic.twitter.com/F9m3EBMWnU

A Sunday tweet from the NYT including that quote was also deleted shortly after the piece was edited. TheNYT has not responded to the Daily Caller News Foundation’s request for comment.

Reade accused Biden of sexually assaulting her in 1993 while employed as one of his Senate staffers. Biden’s presidential campaign denied the allegation

Reade filed a criminal complaint Saturday accusing the former Delaware senator of assaulting “her in a Senate corridor, shoving his hand under her skirt and penetrating her with his fingers,” Business Insider reported Saturday.

“We were alone, and it was the strangest thing,” Reade said in a March interview with podcast host and writer, Katie Halper.

“There was no, like, exchange really, he just had me up against the wall. His hands were on me and underneath my clothes. And then, he went, he went down my skirt and then up inside it, and he penetrated me with his fingers,” she added.

The statute of limitations has already passed, Business Insider reported. TheNYT noted the criminal complaint in its analysis Sunday, noting that, “Filing a false police report may be punishable by a fine and imprisonment.”