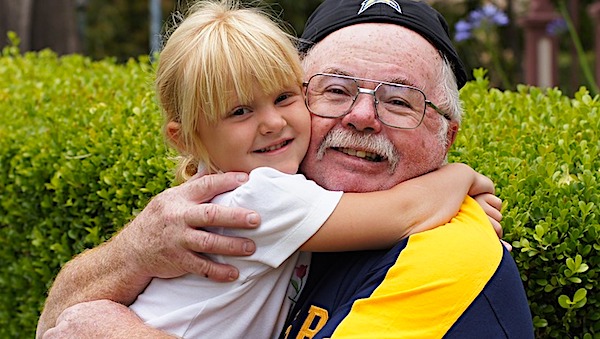 Swiss public health officials have relaxed restrictions after scientists in the European nation concluded children under 10 don't have the "receptors" targeted by the coronavirus.

That means grandparents are free to hug their young grandchildren, DailyMail.com reported.

"Children are very rarely infected and do not pass on the virus," said Dr. Daniel Koch, head of Switzerland's infectious diseases unit at the Federal Office of Public Health. "That is why small children pose no risk to high-risk patients or grandparents."

The Swiss government is still advising grandparents to practice social distancing with their older grandchildren.

The Swiss scientists cited a study in France earlier this month of a British boy who had unknowingly contracted the disease on a skiing vacation. He was among 11 people struck with the disease who were staying at the same chalet in the French Alps.

The boy later come in contact with 172 people at three different ski schools before being quarantined, but nobody was infected.

The Daily Telegraph of London reported some members of Britain's Government's Scientific Advisory Group on Emergencies believe that children don't pass on the virus.

The conclusion has prompted calls for schools to reopen in June.

Russell Viner, president of the Royal College of Paediatrics and Child Health, said that his organization has advised against children and grandparents hugging.

"We think that children probably transmit Covid-19 less than adults, but we need to be absolutely sure and we would need to have a lot more data on that particularly because elderly grandparents are in the vulnerable group" he said.