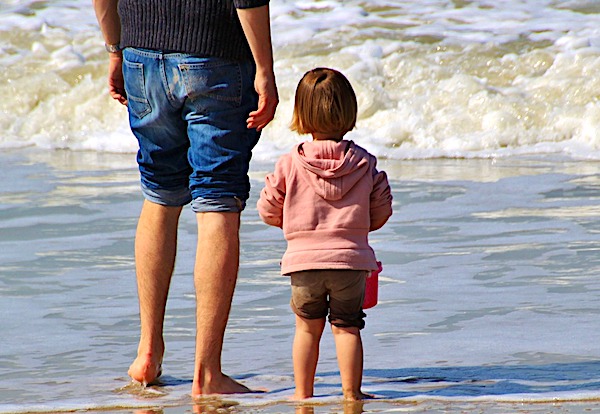 The Texas Supreme Court will hear this week a father's appeal of a court ruling that granted joint custody of his 5-year-old biological daughter to the onetime fiancé of his deceased wife.

An online campaign called Let Her Stay, lobbies for allowing the girl, Ann, to stay with her father, Chris.

The website supporting the father argues he "never been accused of wrongdoing or a crime ... but in spite of all that, she is being sent to live part-time with a man who is completely unrelated to her."

The fiancé of Ann's mother before she died in 2018 is seeking joint custody with Ann's father, who lives in Denton County, Texas.

Ann has lived with her father full-time since since her mother's death.

The Texas Home School Coalition, which launched the website, said the issue is "whether or not biological parents have the right to their own children."

The group explained the case a video posted on Facebook

"It's hard to imagine that a court of law would ever have to decide that a perfectly-fit father does not have the right to raise his own little girl, yet that's exactly what's at stake," said Jeremy Newman, director of public policy for the Texas Home School Coalition.

"If this case goes the wrong way, it could set a terrifying precedent in which courts in the future don't have to favor parents in custody battles," he said. "Anyone, regardless of family status, could lay claim to a child."

He said the coalition launched the website "to raise awareness with Texans, and the whole nation, about the importance of this family rights case that is being argued in the middle of a national lockdown due to coronavirus. At a time when family is more important than ever, it is actually possible that a little girl could be taken out of her own home to live with a man she is completely unrelated to."

The coalition noted: "All parties in the case openly acknowledge that the father is an entirely fit parent – a good father who acts in the best interest of his daughter. Nevertheless, the fiancé, who has no relation to the daughter, argues that he should be allowed to share custody of the daughter over the father's objections."

Among those supporting the petition effort are Texas Attorney General Ken Paxton, Michael Farris of the Alliance Defending Freedom, Jim Mason of the Parental Rights Foundation and Trayce Bradford of the Texas Eagle Forum.

In 2016, when Ann's mother and father separated, they agreed to share custody. Ann's mother died in a car accident in 2018, and her boyfriend-turned-fiance sued to obtain custody.

A lower court agreed to give the non-relative some custody. The father took the case to the state Supreme Court, which blocked a lower court's decision until its judges could rule.

The Texas homeschool group wrote at LifeSiteNews that the boyfriend is arguing "he should be allowed to share custody of the daughter over the father’s objections."

A point that will be argued, the coalition said, is the lower court's conclusion that the boyfriend "should be allowed to come before the court on an equal footing with the actual father."

That's despite an opinion from the attorney general that the "constitutional right of parents to raise their children has been clearly established through 100 years of case law."