Members of President Trump's Cabinet who meet weekly to study the Bible now have an extra measure of empathy for the man who leads them each Wednesday morning.

Ralph Drollinger made headlines when some media outlets accused him of declaring in the March 21 edition of the Bible study notes he prepares each week that the coronavirus pandemic was God's wrath on the nation.

Drollinger told WND in an interview he actually was reacting to some Bible teachers making that claim, "trying to get out in front of the story" with a careful analysis of Scriptures that came to the opposite conclusion. 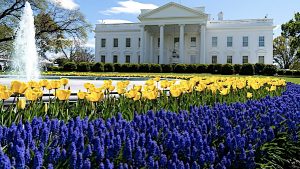 At the weekly meeting – which of late has been a conference call due to the coronavirus restrictions – Drollinger said one Cabinet member asked: "Well, how does it feel to be ripped out of context? Welcome to the club."

Drollinger, the founder of Capitol Ministries, which provides Bible teaching, evangelism and discipleship to political leaders across the nation, said his intent with the discussion of God's wrath was to prepare the Cabinet members "for what inevitably is going to hit."

But the former UCLA and NBA basketball player – he played for two national championship teams under legendary coach John Wooden – got hit himself, with headlines such as this one on the NBC News website: "Trump Cabinet's Bible teacher says gays cause 'God's wrath' in COVID-19 blog post."

"It was like a double whammy to my gut," Drollinger told WND. "Because here I am trying to say just the opposite." 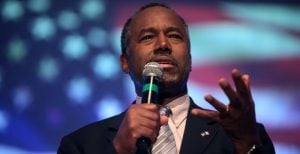 But Drollinger explained his study was his typical "deep dive" into Scripture. He examined five forms of God's judgment in the Bible: eternal wrath (hell), eschatological wrath (the day of the Lord), cataclysmic wrath (the flood), forsaking wrath (removing restraint) and consequential wrath (sowing and reaping).

When people commonly think of God's wrath, they picture "cataclysmic wrath" such as the punishment of Sodom and Gommorah. But Drollinger believes the coronavirus is "consequential," the result of a world marred by the fall of mankind.

Homosexuality is mentioned in only one paragraph of his notes, in a list of examples of "forsaking" wrath. He quotes Romans 1:26-27, writing that "indicative of forsaking wrath is a proclivity toward lesbianism and homosexuality."

"My role, with the country's leaders, is to try to give them a deep dive on these matters and build a theological construct," Drollinger explained. "So, I may be criticized as being overly pedantic. But all I'm trying to do is trying to drill down and give them an overall digest on what the Scriptures say about the issue de jour."

In email correspondence with Drollinger, the reporter behind the NBC News website story, Brooke Sopelsa, later admitted she didn't understand his point. But her managing editor, David Firestone, replied with an email refusing to correct the story.

Firestone argued the NBC story was about why LGBTQ groups were alarmed by Drollinger's "blog post."

Contrary to the headline, however, Drollinger didn't connect COVID-19 with homosexuality or God's wrath. Further, Capitol Ministries said it was told by a spokesman for the Human Rights Campaign that the gay-rights group was not aware of Drollinger's post until the NBC reporter told them about it.

In his Bible study, Drollinger stated that God visited his "abandonment wrath," or "forsaking wrath," on nations due to homosexuality and other sins during Old Testament times. He will do so again at the time of the return of Christ, but he is not doing this today.

White House spokesman Judd Deere, who is gay, also didn't check out the facts before condemning statements in Drollinger's study as "disgusting" and "not something the president believes" in an interview with the gay-oriented NBC OUT.

NBC OUT is described as "a digital portal on the NBC News web site." Its managing editor is the Sopelsa.

Capitol Ministries said that after receiving its demand for a retraction, Deere asked a reporter to tell Drollinger off the record that he was sorry for not checking the facts, saying he had been busy speaking with reporters about the coronavirus.

"As much as the White House rails about fake news, they should not be a purveyor of it themselves," Drollinger said.

Along with the Cabinet Bible study, Drollinger also leads a weekly study for House members and another for senators.

He told WND the Cabinet Bible study was launched after Trump appointed many members of those two studies to key positions. 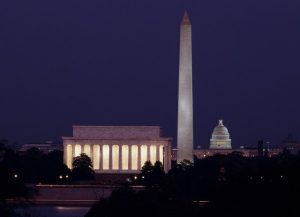 "I see more and more believers being brought into D.C. into office and into power than at any other time in modern American history," Drollinger said.

"It's just exciting to see how many newcomers to the Hill are rock-solid in Christ."

President Trump doesn't attend the Cabinet study but is supportive, said Drollinger, who described him as a "babe in Christ," using the terminology in Scripture.

The coronavirus pandemic has impacted the president, Drollinger said.

"If nothing else comes out of the coronavirus for America, it's the maturation of Donald Trump. You can see it occurring almost in the daily broadcast," he said.

Drollinger noted Trump's comment that a coronavirus vaccine would be "a tremendous gift from God."

"So what you have is this really strong individual who can turn a whole American economy around through his leadership skills," Drollinger said. "Suddenly, God is humbling him and showing him that there are things that are beyond his grasp, that God can take away all of his accomplishments in two weeks."

Drolllinger said there are many in the Cabinet study who have walked with God for a long time.

"I have to teach at a level that I'm stimulating Ben Carson, or Dr. Bill Cassidy in the Senate, or other guys who have such huge minds and are willing to challenge me if I say something wrong, in terms of a verb or pronoun," he said.

He prepares an eight-page written Bible study each week. He typically teaches for 20 minutes then opens it for interaction for another 20.

One Cabinet member pondered the prospect of Trump one day attending the study.

"One thing is for sure, Ralph, if he comes, you won't have to prepare much," he quipped.