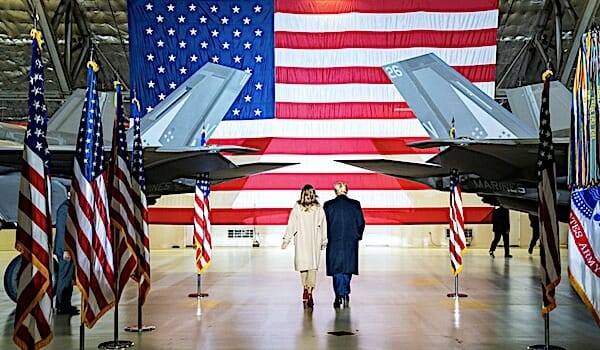 Joining a lawsuit by a Baptist church, the U.S. Justice Department is warning officials in Greenville, Mississippi, they must recognize "there is no pandemic exception to the fundamental liberties the Constitution safeguards" in their response to the coronavirus.

"Individual rights secured by the Constitution do not disappear during a public health crisis," the DOJ said in a brief filed in a case brought by Temple Baptist Church against the city.

"These individual rights, including the protections in the Bill of Rights made applicable to the states through the 14th Amendment, are always in force and restrain government action."

The church sued after the city fined people for sitting in their cars in the church parking lot to listen to a sermon by the pastor broadcast through a radio signal.

"To target churches that way is both nonsensical and unconstitutional," he said. "This is why we have asked the court for a temporary restraining order to immediately halt enforcement of the city’s order while our lawsuit moves forward, and it’s also why the U.S. government has filed a statement of interest that urges the court to rule in the church’s favor."

"We welcome Attorney General Barr's defense of religious liberty during this critical time," said spokesman Kelly Shackelford. "In too many instances, as religious Americans have sought to abide by important public health guidelines during this pandemic they have been singled out for restrictions that go beyond what the CDC requires. We are grateful to the attorney general and the Department of Justice for assisting in the defense of religious liberty for all Americans."

The DOJ joined itself to the Temple Baptist case in a "Statement of interest in support of plaintiffs."

The brief explained, "The United States has a substantial interest in the preservation of its citizens' fundamental right to the free exercise of religion, expressly protected by the First Amendment."

Temple Baptist set up a low-power FM station to broadcast sermons to parishioners who gather in their cars in the church's parking lot.

But the city threatened the church then "dispatched eight uniformed police officers" who "began knocking on car windows, demanding driver's licenses, and writing citations with $500 fines."

The problem, the filing noted, is that the Greenville ban on gathering in parking lots was applied to churches but not others.

While the city deemed churches "essential," it barred them from holding services "even if the church adheres to CDC and Mississippi COVID-19 guidelines."

"These allegations suggest that the city singled out churches for distinctive treatment not imposed on other entities the state has designated as essential services," the brief said.

"Thank you to the Trump administration and Attorney General Bill Barr for this strong stand in support of religious liberty," Mississippi Gov. Tate Reeves said on Twitter. "The government cannot shut down churches. Mississippi is not China. This is still America. We will help support this any way we can."

A federal judge in the Kentucky case has sided with the church, ruling the city cannot be "enforcing; attempting to enforce; threatening to enforce; or otherwise requiring compliance with any prohibition on drive-in church services at On Fire."