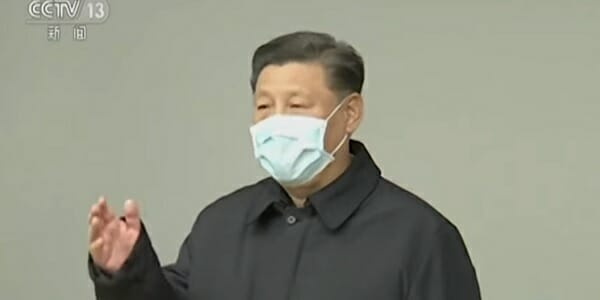 A classified U.S. intelligence report issued to the White House confirms the widely held belief that China seriously under-reported the impact of the coronavirus outbreak, delaying the global response, according to three U.S. officials.

Two of the officials said the report concludes China's numbers are fake.

That false reporting has had deadly consequences.

"The medical community ... interpreted the Chinese data as: This was serious, but smaller than anyone expected," she said. "Because I think probably we were missing a significant amount of the data, now that what we see happened to Italy and see what happened to Spain."

The outbreak began in Wuhan, in China's Hubei province, in late 2019

Bloomberg noted that stacks of thousands of urns outside funeral homes in the province have fueled public doubt about the numbers presented by the communist regime.

The Washington Times reported Tuesday that Chinese government researchers were carrying out scientific research on 2,000 new viruses, including deadly bat coronaviruses, just three miles from a wild animal market identified as the epicenter of the pandemic.

The novel coronovirus strain that has prompted unprecedented shutdowns of economies worldwide is believed to have mutated from infected bats sold at the Wuhan market.

Yahoo News reported last week a Chinese biologist believed to have been carrying the SARS virus among other flu samples in his luggage was stopped by U.S. Customs and Border Protection agents in Detroit, according to an FBI report.

Secretary of State Mike Pompeo has accused China of covering up the extent of the problem, particularly as the virus emerged in the first weeks of January.

“This data set matters," Pompeo said at a news conference Tuesday in Washington.

He said the development of treatments and public-health measures to combat the virus "depends on the ability to have confidence and information about what has actually transpired."