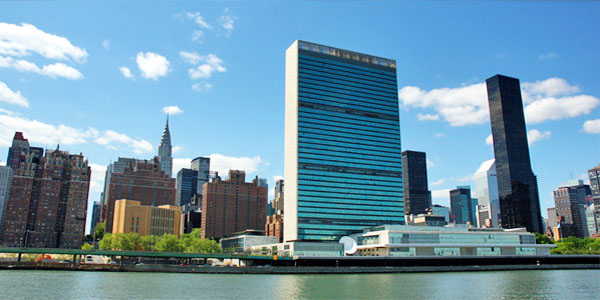 The United Nations is calling for an international response to the coronavirus outbreak that will spend "at least 10% of global gross domestic product."

"There is no time to lose in mounting the most robust, cooperative health response the world has ever seen," the global body states.

The U.N., known for its left-leaning, anti-Israel policies and massive money demands, says its "COVID-19 plan" could "defeat the virus and build a better world."

He said the prospects for the world are "dire."

And his new report, titled "Shared responsibility, global solidarity: Responding to the socio-economic impacts of COVID-19," warns the Chinese virus is "the greatest test that we have faced together since the formation of the United Nations."

"This human crisis demands coordinated, decisive, inclusive and innovative policy action from the world's leading economies – and maximum financial and technical support for the poorest and most vulnerable people and countries," he writes.

What is needed is "an immediate coordinated health response to suppress transmission and end the pandemic" with the ability to be scaled up for "testing, tracing, quarantine and treatment."

His plan calls for health and unemployment insurance and "social protections."

And then there's a plan for "debt alleviation."

His U.N. is "fully mobilized" with a new Trust Fund for COVID-19 Response and Recovery that apparently would be linked to spending what "amounts to at least 10% global gross domestic product."

His organization estimates that up to 25 million jobs will vanish "and the world will lose $860 billion to $3.4 trillion in labor income," some 3.6 billion people will be offline, and 1.5 billion students out of school.

LifeSiteNews reported that if countries were to accept the plan, the United Nations or a similar coordinating agency would be given the equivalent of about $8.7 trillion.

The plan effectively would put the U.N. in control of 10% of global income to prop up the world's economies during the crisis.

Guterres also wants $100 billion for the World Health Organization, whose president has been blamed for helping cause the pandemic by helping spread Chinese propaganda. The WHO chief in January repeated Beijing's false claim that COVID-19 is not transmissible to humans.