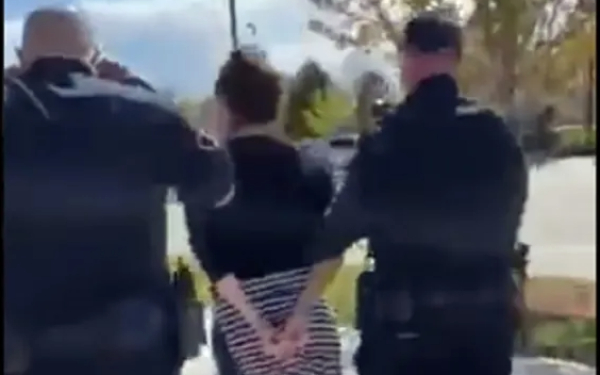 Video of the arrest of a mother for allowing her children to play at a playground closed by coronavirus stay-at-home orders has gone viral on YouTube.

The incident in Meridian, Idaho, prompted a protest of about 100 people in front of City Hall in Idaho's third largest city, ZeroHedge reported. 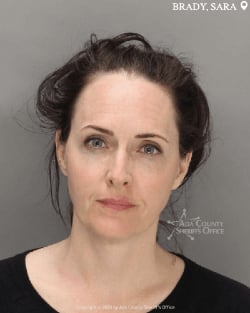 Sara Brady, 40, had been at the playground with others as part of a "playdate protest" against the park closure.

In the video, she's seen asking why the officers aren't wearing a mask.

"Arrest me for being difficult. Do it! Record it!" Brady is heard saying.

Idaho has recorded only 51 deaths due to the coronavirus in a population of nearly 2 million.

Police said that when they arrived, they found the caution tape and metal signs warning the park was closed had been removed.

"Meridian officers made several attempts to help Brady adhere to the rules," police said in a statement. "She was non-compliant and forced officers to place her under arrest to resolve the issue. She was arrested for trespassing."

Brady argued to officers: "But we're not trespassing!"

A follow-up video shows police escorted her from the park in handcuffs:

City and county closed playgrounds last month due to concerns the coronavirus can live on plastic and other surfaces up to two or three days.

CBS affiliate KBOI-TV in Boise reported Brady was charged with one count of misdemeanor trespassing.

Residents of five states protested stay-at-home orders at their capitols on Sunday, declaring it's time to allow people to return to work amid the biggest spike in unemployment since the Great Depression. On Tuesday, residents of North Carolina and Missouri gathered at their state capitols.

At the White House briefing Friday, President Trump encouraged an anti-lockdown group in Minnesota, saying "elements" of some state regulations were "just too tough."

Earlier in the day he tweeted "LIBERATE MINNESOTA!"