Acosta tweeted an allegation that President Donald Trump originally supported Georgia Gov. Brian Kemp's decision to reopen businesses in his state but was talked out of that position.

"News: Members of the coronavirus task force had to convince Trump to change his view on Georgia governor Brian Kemp’s decision to reopen businesses in his state later this week, a source close to the task force tells CNN," Acosta tweeted.

That brought a response from McEnany, who said the report was more fake news.

"This is false, Jim. No one 'changed' President Trump’s view. I was with him all throughout the day. His mind was made up. His priority has always been to reopen the country SAFELY," she tweeted.

"Next time consider checking with the White House Press Office before 'reporting' inaccurate info," she tweeted.

This is false, Jim.

No one “changed” President Trump’s view. I was with him all throughout the day. His mind was made up. His priority has always been to reopen the country SAFELY.

On Friday, during the White House coronavirus task force briefing, Trump made clear his feelings about both Kemp and CNN.

The president skewered the network in a segment of the briefing during which he was asked about North Korean leader Kim Jong Un. After replying that he hoped the leader was in good health, Trump added, speaking of the news report that said Kim was ill, "I think it was a fake report." After a brief pause, he added, "done by CNN."

CNN's Kaitlan Collins then tried to ask a follow-up question, but the president would not allow it.

"The problem is you don’t write the truth. So you know, as far as I’m concerned, I want to go to the next person," Trump said.

Collins continued trying to speak, but Trump cut her off.

Later in the briefing, the president clarified his position on Kemp's decision to reopen Georgia.

"I didn’t like the fact that he’s leaving certain things -- I want the states to open more than he does, much more than he does. But I didn’t like to see spas at this early stage, nor did the doctors. Is that a correct statement, Deborah?" Trump said, referring to Dr. Deborah Birx, the response coordinator of the White House coronavirus task force.

Trump was then asked by ABC News' Jonathan Karl how Trump felt about Kemp defying him.

"No, he didn’t defy me at all. That’s your language," the president said. "He didn’t defy me. You know what happened? I said, 'You make your own decision.' I told him that. I said, 'You’re not in the guidelines, but I’m letting you make your own decision. But I want people to be safe, and I want the people in Georgia to be safe, and I don’t want this thing to flare up because you’re deciding to do something that is not in the guidelines.'

"And I went to Deborah and Dr. [Anthony] Fauci and other people, and they weren’t thrilled about it. I could have stopped him, but I decided, and we all agreed, they got to watch it closely. So we’ll see what happens. I told him very distinctly ... I said, 'You do what you think is best.'

Jack Davis, The Western Journal
Biden's handling of cyber breaches spirals out of control
Gymnast who famously won gold for U.S. on injured ankle speaks out on Simone Biles
'Jeopardy!' contestant sets record for all the wrong reasons
Police discover an entire Texas hotel has been rented out for COVID-positive immigrants
Gavin Newsom pulls his kids out of summer camp for stupid reason
See more... 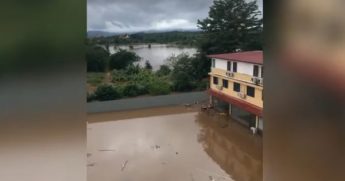