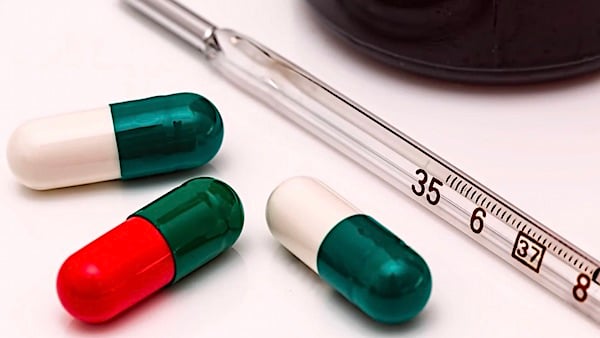 The last time the United States faced a worldwide pandemic – the “Spanish flu” of 1918 and 1919 -- cities rolled up the sidewalks, closed theaters, and shuttered saloons. Firemen, policemen, nurses and panicked citizens covered their faces with gauze masks.

The virulent influenza emerged in the last year of World War I, incubated in American army camps and spread overseas on troop ships. By the time the influenza finally burned itself out, over 45,000 Americans in uniform and some 600,000 American civilians were dead of the disease. It’s estimated that the Spanish flu killed 50 million worldwide.

When the crisis hit, the country was led by a president viewed by many as among the most capable of American leaders, Woodrow Wilson. A favorite of progressives, Wilson has been hailed for expanding the federal government and celebrated for his commitment to international institutions. He has regularly been in historians’ polls of the top 10 presidents, an assessment that has only slipped in recent years as Wilson's unreconstructed racism has been publicized. Still, one would expect a skilled advocate of federal authority to have used every power of his office to confront a scourge that was killing Americans by the hundreds of thousands. Surely his response would be a model of presidential leadership.

“Frankly, I don’t think Wilson gave much attention to the flu,” John M. Cooper, emeritus professor at the University of Wisconsin-Madison, tells RealClearInvestigations. “From going through his papers, there just isn’t much there,” says Cooper, the dean of Wilson scholars.

“President Woodrow Wilson had been extraordinarily close-mouthed about the epidemic from the first,” writes Sandra Opdycke in “The Flu Epidemic of 1918: America’s Experience in the Global Health Crisis.” Historians “have been unable to find a single occasion on which he mentioned it in public.”

“Wilson had made no public statement about influenza,” John M. Barry wrote in “The Great Influenza.” Wilson “would not shift his focus,” from the war, “not for an instant.” With the Germans back on their heels, that focus was keeping the pressure on by racing American soldiers to the battlefields of Europe – even if it killed them.

Cooper tells RealClearInvestigations that “The military and civilian leadership were hell bent on getting troops to France. Those troop ships were even worse than today's cruise ships, but they wanted to get doughboys across the Atlantic, and they don't seem to have worried about whether a lot of them arrived sick or dead.” Many were infected before they embarked: “The army camps were petri dishes too,” Cooper says. Indeed, it’s likely the pandemic influenza was born in an overcrowded American training base. The spreading contagion notwithstanding, “the overriding push was to get the men trained and dispatched.”

There’s no arguing that President Wilson was somehow unaware of the unfolding catastrophe. He knew very well the price that was being paid in sickness and death. “[P]eople he trusted spoke to him of the disease” writes Barry, and they “spoke particularly of useless deaths on the transports.”

As a measure of the useless deaths, just two days into its Atlantic crossing in September 1918, the transport ship George Washington already had over 500 soldiers sick with influenza. By the time the ship reached France, 77 were dead.

Wilson’s closest adviser, Cary T. Grayson, happened to be a medical doctor. Barry suggests that Grayson is the one who convinced the president to confront his army chief of staff about the disease felling the ranks. In early October 1918, Wilson met with Gen. Peyton March at the White House. The president said, “General March, I have had representations sent to me by men whose ability and patriotism are unquestioned that I should stop the shipment of men to France until the epidemic of influenza is under control.”

The general responded, “Every such soldier who has died [of influenza] just as surely played his part as his comrade who died in France.”

That may not have been the soundest military practice. For every soldier who showed up in France debilitated by the flu, others had to care for him. Sending more troops when many of those troops were sick only reduced the power and readiness of American forces in Europe. The epidemic “rendered hundreds of thousands of military personnel non-effective,” Carol R. Byerly wrote in the journal “Public Health Reports.” “During the American Expeditionary Forces' campaign at Meuse-Argonne, the epidemic diverted urgently needed resources from combat support to transporting and caring for the sick and the dead.”

Some 16,000 American troops died of disease in Europe, on top of the 30,000 who succumbed in stateside training camps.

Scholars have debated for decades whether Wilson, who fell ill at the Paris peace conference in April 1919, was suffering from a stroke, the Spanish flu, or a bout of seasonal influenza. Cooper says the best current scholarship has concluded that Wilson’s Paris illness was due to a common flu, not the pandemic strain.

Back home, the president didn’t do any better by civilians than he did by the troops. The great advocate for federal power neither involved himself nor said a word about the rampant deaths in major American cities such as Boston, San Francisco, New York, and Philadelphia. “They didn’t even bury the people,” one Philadelphia survivor told historian Charles Hardy in 1984. How could they, when in as many as 528 flu victims died in Philadelphia in one day? “They found them stuck in garages and everything.”

Far more than today, state governments a century ago were expected to handle disasters and disease. And yet Wilson’s silence on the influenza pandemic remains strange given his belief that public rhetoric is at heart of presidential power and influence. The president “is the only national voice in affairs,” Wilson wrote. “If he rightly interpret the national thought and boldly insist upon it, he is irresistible.” Where was Wilson’s “oratorical presidency” when the nation needed the sort of “unified action” it promised?

It’s not that there wasn’t a federal public health service. It just did very little for the public. Wilson had signed an executive order in 1917, putting the health service under military control. Resources that might have mitigated the suffering on the home front in 1918 went to the army. Perhaps the most important resource, nurses, were in short supply when the influenza epidemic began to spread. Barry writes that hospitals had been stripped of their most essential workers and that “many private hospitals around the country [were] so short staffed that they closed, and remained closed until the war ended.”

One might argue that Wilson had a war to win and couldn’t afford to get distracted by anything so pedestrian as the flu. But other wartime leaders recognized the threat diseases pose. On July 4, 1775, George Washington, newly made commander of the Continental Army, instituted a regime of social distancing to keep smallpox from spreading among his soldiers. There was a quarantined smallpox hospital near a pond near Cambridge, Mass. Washington made the pond off limits. “No person is to be allowed to go to fresh-water pond a fishing or on any other occasion as there may be a danger of introducing the smallpox into the army.” It was one of the first orders Washington issued, and he never lost sight of the threat epidemics posed to soldiers and civilians alike. The man who would become the first president urged his fellow Founders to have “the utmost vigilance against this most dangerous enemy.”

If that “enemy” talk sounds more like the anti-pandemic rhetoric of Donald Trump than that of Woodrow Wilson, it may be because Wilson had no anti-pandemic rhetoric. As coffins piled up in garages in major cities, the president stayed focused – first, on winning the war, and then on securing his internationalist dream, the League of Nations.

Wilson would indeed shape the postwar world -- primarily by way of the disease his decisions did so much to ship abroad. In the face of such epic suffering, President Woodrow Wilson -- erudite rhetorician, progressive statesman, and eminent world leader -- had no comment.

WND News Services
These reports are produced by another news agency, and the editors of WND believe you'll find it of interest.
Radical educators want to tear down public education
Columbia med school will teach students how to 'disrupt racism,' confront microaggressions
Church pays off medical debt of nearly 800 families across 2 states
Piano player gets $60,000 tip thanks to generosity of Christian author, others
Pope Francis suppressing heritage of Catholic Church
See more...

Radical educators who want to tear down public education