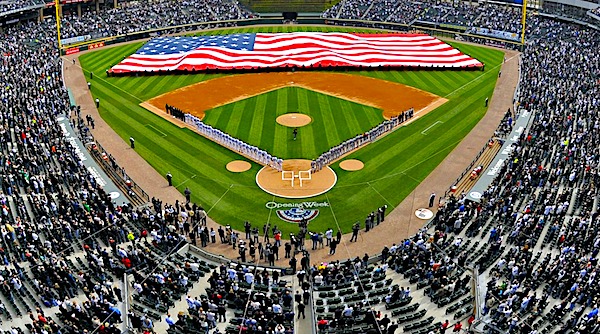 New York Yankees great Rich (Goose) Gossage got call from a reporter asking him to comment about the death of team co-owner Hank Steinbrenner.

But the conversation quickly moved to politics, with the Hall of Famer unleashing a torrent of criticism of Democrats, including Senate Minority Leader Chuck Schumer and House Speaker Nancy Pelosi.

Gossage, a lifelong Democrat until Donald Trump ran for office, told the reporter: "I'm hoping and I'm praying that these [bleepers] go off the cliff to never be heard from again. All of them!

"Nancy Pelosi and that lying Chuck Schumer. And then [bleeping] Robert Mueller and the [bleeping] Mueller Report, and the FBI. … I hope some of them go to jail."

"I love Trump," said Gossage from his home in Colorado Springs, Colorado. "I have Trump signs in my yard and I wear my Trump hat everywhere."

He said "liberal Democrats are wrongly and unfairly criticizing Trump."

"It's just lies, lies, BS, BS," Gossage said. "They don't even respect the election. The majority of liberals still think the Russians got him in office. They all want him out of power."

He suspects Democrats hope the pandemic continues "to keep the country’s economy in the tank if it can help presumed Democratic nominee Joe Biden beat Trump in the 2020 election."

"I cannot even fathom that they would go to this length, but this is the last straw. Where would you attack Trump? In the economy. That’s all they have. And let me tell you something, people are (bleeping) dying and the liberals could give a rat’s a**."

The report said he also had an opinion about likely Democratic presidential nominee Joe Biden: "He can't put [bleeping] two sentences together!"

Gossage told NJ Advance Media he left the Democratic Party when Trump started talking about bringing manufacturing back to the U.S. and draining the Washington swamp.

BizPacReview commented Gossage "gives us hope for a better tomorrow when you consider he once was a life-long Democrat."

Gossage is known for his colorful quotes. While playing for the San Diego Padres, he had choice words for the team owner at the time, Joan Kroc, the widow of McDonald's tycoon Ray Kroc.

"She's poisoning the world with her hamburgers," Gossage said.