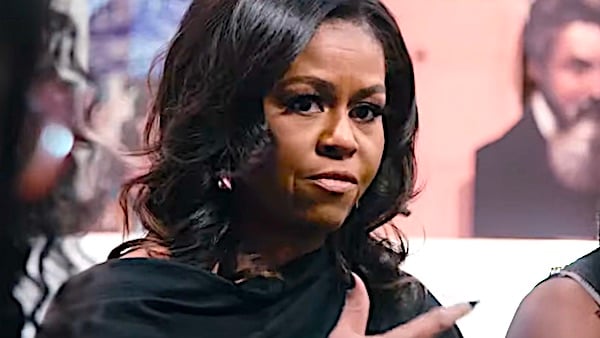 Nevertheless, left-wing activists are ramping up an effort to draft her, arguing she fulfills two major progressive requirements.

The Committee to Draft Michelle Obama, which filed with the Federal Election Committee last month, issued a news release Monday via the Chicago Defender.

"Joe Biden has said he would choose Michelle Obama as his running mate 'in a heartbeat.' The aim of this campaign is to build on the substantial grassroots support for a potential Michelle Obama candidacy and help garner media attention for a vice-presidential nominee who has the power to beat Donald Trump," the release said.

The committee said it "firmly believes" Obama "will not only benefit the Democratic ticket this November but also help lead this country to be more just and caring."

"However strongly we support Ms. Obama as Vice President Biden’s running mate, we will transfer our resolve to whoever joins the ticket to defeat the most dangerous incumbent in the history of our nation," the statement said.

"With a historic battle to reclaim the soul of America looming this November and the peril caused by the Coronavirus Pandemic, it remains in the best interest of the Democratic Party to nominate a vice-presidential candidate who has the trust of the American people, a vision to lead our nation forward and empathy for the challenges faced by all Americans."

Do you expect Michelle Obama to be somewhere on the Democratic presidential ticket this year?
40% (80 Votes)
60% (120 Votes)

The committee argued Obama is the most admired woman in America and will be "a vital asset this November, when Vice President Biden will face an uphill battle to combat the lies and deceit emanating from the White House."

"Her credibility as a trusted leader and a strong symbol of unity within the Democratic Party would certainly help Democrats defeat Republicans up and downThere is “no chance” former first lady Michelle Obama will be presumptive Democratic presidential nominee Joe Biden’s running mate, according to a top Obama adviser and friend of the family.

"The reason why I'm being so unequivocal is that there just simply has never been a time when she's expressed an interest in running for office," Jarrett said. "She’s not demurring here. She’s not being hard to get. She doesn’t want the job."

Biden has said he would choose the former first lady "in a heartbeat" but thinks it probably won't happen.

"She's brilliant. She knows the way around. She is a really fine woman. The Obamas are great friends," Biden said in an interview with the CBS Pittsburgh affiliate in late April.

However, "I don't think she has any desire to live in the White House again," Biden said.