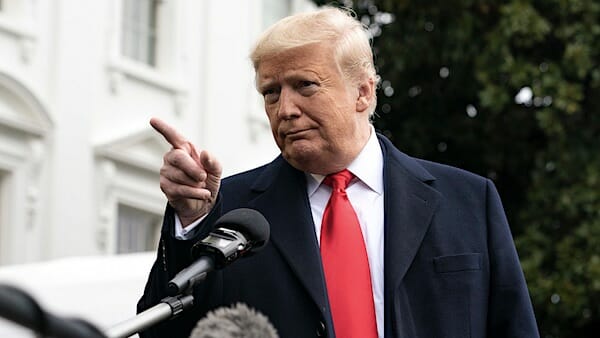 President Trump delivered a tweet storm Sunday in response to Barack Obama's criticism of the Justice Department's move to drop the Michael Flynn case, pointing to newly released evidence the former president is implicated in what he calls the "Russia hoax."

Commenting in a retweet of "the first Ex-President to ever speak against his successor," Trump wrote, "He got caught, OBAMAGATE!"

On Friday, Yahoo News reported a leaked private phone call between Obama and members of his administration.

"The news over the last 24 hours I think has been somewhat downplayed — about the Justice Department dropping charges against Michael Flynn," Obama said.

"And the fact that there is no precedent that anybody can find for someone who has been charged with perjury just getting off scot-free. That’s the kind of stuff where you begin to get worried that basic — not just institutional norms — but our basic understanding of rule of law is at risk," he continued. "And when you start moving in those directions, it can accelerate pretty quickly as we’ve seen in other places."

Trump also took aim at the media on Sunday.

“When are the Fake Journalists,” he asked, “who received unwarranted Pulitzer Prizes for Russia, Russia, Russia, and the Impeachment Scam, going to turn in their tarnished awards so they can be given to the real journalists who got it right. I’ll give you the names, there are plenty of them!"

The president didn't name any names, the London Guardian noted.

The paper pointed out that in 2018 the Pulitzer committee awarded its prize for national reporting jointly to the Washington Post and the New York Times for "deeply sourced, relentlessly reported coverage in the public interest that dramatically furthered the nation’s understanding of Russian interference in the 2016 presidential election and its connections to the Trump campaign, the president-elect’s transition team and his eventual administration."