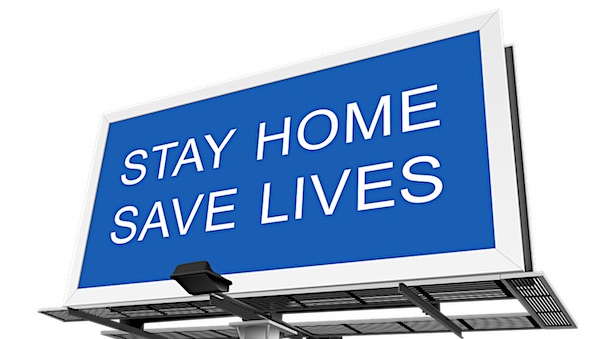 Warning of "exponentially growing health consequences," more than 600 doctors are urging President Trump to end the "national shutdown" implemented to curb the spread of the novel coronavirus.

In a letter sent Tuesday, the doctors say they've experienced patients missing routine checkups that screen for serious diseases such as heart problems or cancer. And they've seen increases in substance and alcohol abuse, and increases in financial instability, which "is closely linked to poor health," FoxNews.com reported.

"We are alarmed at what appears to be the lack of consideration for the future health of our patients," the doctors write. "The downstream health effects ... are being massively under-estimated and under-reported. This is an order of magnitude error."

The physicians warn: "The millions of casualties of a continued shutdown will be hiding in plain sight, but they will be called alcoholism, homelessness, suicide, heart attack, stroke, or kidney failure."

In youths, they further argue, "it will be called financial instability, unemployment, despair, drug addiction, unplanned pregnancies, poverty, and abuse."

"Because the harm is diffuse, there are those who hold that it does not exist," they say. "We, the undersigned, know otherwise."

The top White House coronavirus health adviser, Dr. Anthony Fauci, cautioned in a Senate hearing last week that reopening the economy too early could result in "suffering and death."

But there's suffering going on now because people are unable to leave home, the doctors argue, citing examples.

"Patient E.S. is a mother with two children whose office job was reduced to part-time and whose husband was furloughed," the doctors say. "The father is drinking more, the mother is depressed and not managing her diabetes well, and the children are barely doing any schoolwork."

Dr. Mark McDonald, a psychiatrist, pointed out to Fox News there's a misconception that business closures and stay-at-home orders aimed at "flattening the curve" are meant to reduce the total number of people who will be sickened by the virus. But the objective is only to spread out the number of people who are sick at any one time to not overwhelm the health care system.

The phychiatrist said "hospitals are not only not overwhelmed, they're actually being shut down."

Commenting on the letter, Dr. Marc Siegel, associate professor of medicine at the NYU Langone Medical Center and a Fox News medical contributor, argued the cure is going to be much worse than the disease.

"Lockdowns have never been proven to work when there’s this much virus around. They just don’t work," he told the Fox Business Network's Stuart Varney on Thursday. "The virus is already in the community. In New York City the hot spot we're seeing a decline in COVID cases, a decline in the amount that are admitted to the hospital."

He cited a foundation called Well Being Trust that measures "deaths of despair."

"Every time the unemployment rate goes up 1 point, deaths of despair climb by about 20,000 a year," said Siegel. "And you know what that means here? Between 75 and 150,000 deaths will occur due to alcoholism, due to drug abuse, due to suicide from people who lose their jobs.

"We're going to end up seeing a lot more people die from the after-effects from this virus than from the virus itself if we don’t end the lockdowns now," the doctor said.