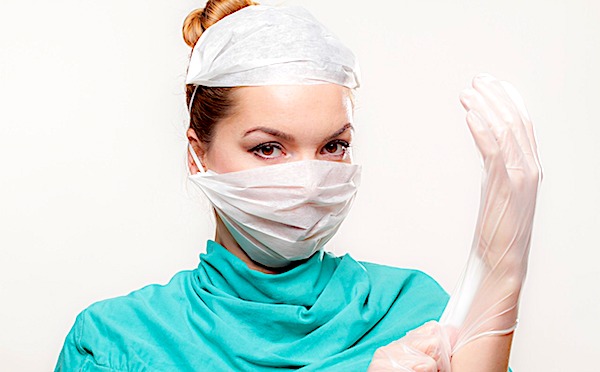 More than 500 physicians have signed a letter to Vice President Mike Pence, the chief of the White House Coronavirus Task Force, requesting "that our country's businesses and schools be allowed to reopen."

The letter commissioned by the Association of American Physicians and Surgeons condemns the "short-sighted government edicts to stop all non-emergency care that is unrelated to COVID-19."

"Some patients now face inevitable death because the diagnosis and treatments were delayed too long. Too many of our patients have suffered far more from the psychological, physical, and economic effects of the shutdown of communities and businesses than the direct impact of COVID-19 itself," the physicians write.

Along with 550 physicians in all 50 states, the letter was signed by nearly 100 non-physician medical professionals and nearly 200 citizens. AAPS said the nearly 900 signatures were collected in less than five days, and the signature page keeps growing.

San Antonio ophthalmologist Kristin Story Held said: "We were sharing a dialogue of these concerns with our Congressman Rep. Chip Roy (TX-21), who represents us at the national level, and felt called to share our boots-on-the-ground perspective with Vice President Pence and the COVID Task Force directly as well.

"As we began circulating the letter, physicians across the country, especially from New York, New Jersey, Michigan, California, Illinois, and Pennsylvania asked us to send a copy to their governors too."

The letter states: "The cumulative knowledge we now have of COVID-19 and the observed devastation of shutting down the economy gives us confidence to request that the American people be given the freedom to engage in commerce and community again immediately. Growing evidence indicates that the unprecedented policy of forcing healthy Americans to quarantine was not necessary to save lives but instead inflicted devastating harm on 10s of millions of people."

The physicians conclude: "We cannot accept the current dysfunction in society as the 'new normal.' Our goal is to lead with hope and courage instead of fear and confusion. We want to help restore a renewed sense of purpose in our communities and allow people to pursue a livelihood and participate in music, sports, and art again. Our medical professionals are ready to serve this nation according to the time-honored Hippocratic Oath that calls us to serve with respect and compassion and, above all, to do no harm."