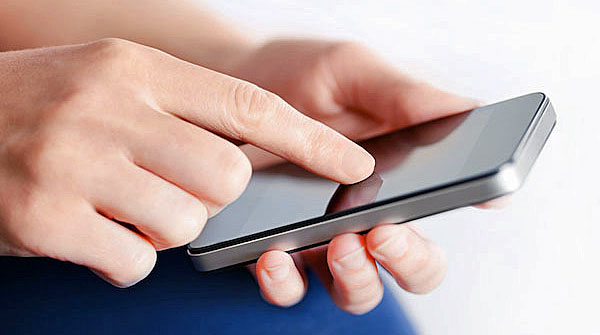 Six of 10 Americans say they don't want government to use cellphone tracking technology to make sure they are "social distancing."

The Pew Research poll found that while 52% say it's "at least somewhat acceptable for the government to use people's cellphones to track the location of people who have tested positive for COVID-19," 48% are against it.

"There is far less support when Americans are asked about the government using cellphones to track people's locations to ensure they are complying with social distancing recommendations: 62% say this is somewhat or very unacceptable," Pew said.

Just 37% say it is somewhat or very acceptable.

Pew noted the Chinese coronavirus outbreak "has brought privacy and surveillance concerns to the forefront."

The poll found 60% of Americans believe that even if the government tracked locations through cell phones, "it wouldn't make much of a difference in limiting the spread of COVID-19."

Seven of 10 believe their personal information is less secure than a few years ago, while 24% say the security is about the same.

"A majority of Americans said last year that they were concerned about how companies or the government were using their personal data, but few said they understood what was being done with their information," Pew said.

Now, 79% say they are at least somewhat concerned about how companies are using the data collected about them.

About the same number, 70%, believe all or most of what they do online or while using a cell phone is being tracked by advertisers, technology firms or other companies.

The opposition arises at least partly because Americans see more risks than benefits in data collection.

Privacy has become a more important consideration in decision-making, they said.

"Six-in-ten Americans (63%) said in 2019 that they knew very little or nothing at all about the laws and regulations currently in place to protect their data privacy; just 3% said they understood a great deal," Pew said.

The poll found 52% had decided not to use a product or service because they were worried about how much personal information would be collected about them.