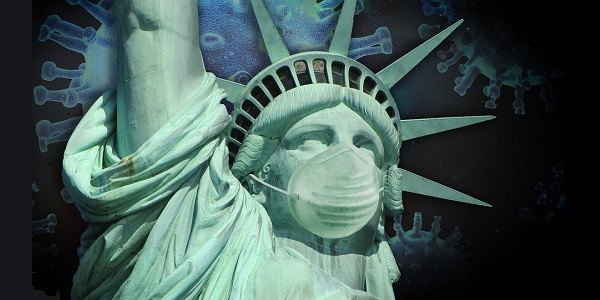 Most official communications with government agencies in the United States have the potential to become public in one form or another.

As some 900 people from Missouri are finding out, after they complained about people flouting social distancing rules, only to find out their names and addresses were released under a Sunshine law that allows the public access to government communications.

The Daily Mail reports they now fear "they could receive a backlash."

It was in St. Louis County that officials had urged community members to "share" the details of those they saw who were not following all the rules during the coronavirus pandemic.

Those rules to close businesses, stay six feet apart, not gather in groups or whatever.

The county did, in fact, note in the terms and conditions of its channel for those who wanted to snitch on their neighbors that the information could be shared publicly, but many apparently didn't read that.

In fact, many of them insisted in their reports that their information be kept confidential.

For example, in one email, talking about how a company that employed several hundred remained open even though it as "not an essential business," the writer said, "I would like to remain anonymous."

But a journalist with a request for official government information was handed the names, and it was published online, triggering Jared Totsch to add it to Facebook and challenge, "Here ya go. The gallery of snitches, busybodies, and employees who rat out their own neighbors and employers over the Panic-demic."

The actual tips, the report confirmed, prompted citations for 29 businesses in April, causing some of those doing the tipping to wonder if they'll continue to have jobs.

"When there is something that happens next time, I'm not going to feel safe or protected enough to call the local authorities."

She said in the Mail report that personal information should have be concealed, but Doug Moore, the county's director of communications, pointed out that isn't allowed.

"In this particular instance, our county counselor's office consulted with the [attorney general]'s office on releasing the list of those who had filed complaints against county businesses," Moore told the publication. "We were told all the information was public and we should not redact (except for HIPAA information)."

Totsch explained, "If they are worried about retaliation, they should have read the fine print which stated their tips would be open public record subject to a Sunshine request, and should not have submitted tips in that manner to begin with. I released the info in an attempt to discourage such behavior in the future."