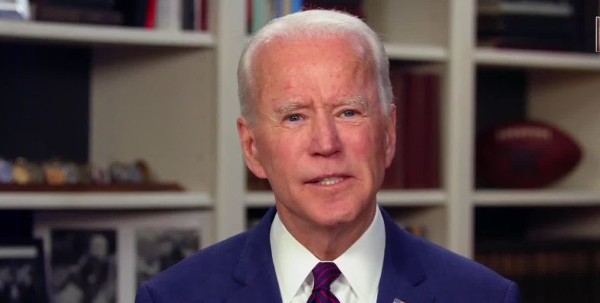 Apparent Democratic presidential nominee Joe Biden claimed Friday that Tara Reade's allegation of sexual assault against him should be "subject to appropriate inquiry and scrutiny," but the former vice president is refusing requests to release records from his Senate archives at the University of Delaware.

Addressing the allegation for the first time in an interview on MSNBC's "Morning Joe," Biden denied Reade's claim that he sexually violated her in 1993 when she served as an aide to his senatorial staff on Capitol Hill.

"It is not true. I'm saying unequivocally it never, never happened. And it didn't. It never happened," Biden told co-host Mika Brzezinski.

Biden acknowledged that women "have a right to be heard, and the press should rigorously investigate claims they make."

But the former vice president insisted his Senate archives housed at the university should be off-limits to any inquiry.

Brzezinski asked Biden if he was certain that there was nothing about Reade in the Delaware records.

"I am absolutely certain," he replied.

Reade says she filed a harassment complaint with Biden's Senate office that was separate from the allegation that he sexually assaulted her in 1993.

Her claim is that Biden summoned her to a deserted hallway to deliver a gym bag, pinned her against the wall, shoved his hands up her skirt and penetrated her with his fingers.

Five people have said Reade told them of the alleged incident at or near the time she claims it occurred.

And Business Insider reported Biden has sent operatives to the University of Delaware to comb through the papers.

Breitbart's Nick Nolte noted that Biden is calling for records related to Reade to be released only from the National Archives.

However, the National Archives has said it does not hold harassment complaints. Such records would be held by the Office of Fair Employment Practices, which says it won't release any records regarding Reade for another two decades.

Nolte pointed out that when uncorroborated accusations of sexual misconduct were leveled against Brett Kavanaugh, the then-Supreme Court nominee "could not wait to go before the public to declare his innocence."

Reade, meanwhile, has invited reporters to fully investigate her allegations, and she has risked prison by filing a criminal complaint against Biden.

Arguing for releasing the personnel files, Nolte argued that Reade's version of why she left Biden's Senate office is that she was fired in retaliation for filing a sexual harassment complaint.

"What is Biden's version of why Reade left his office?" he asked.

"Why won’t he make public that personnel records that will tell us this? Did she resign? Is there a resignation letter? Was she fired for some other reason? Was her contract up and not renewed?"