Editor's note: This is the first part of a two-part interview of East Turkistan Prime Minister-in-exile Salih Hudayar.

A sermon by the 17-century English author John Donne implanted the idea that "No man is an island."

We exist because of others. We depend on others. Our family, our neighbors, our countrymen. Peoples from faraway lands all exert influence on our lives.

The great foods of one region or the music and art from another can all enhance our daily existence. Likewise, the political ramifications of an imperious regime can have devastating, long-term consequences for others on distant continents.

In the 20th century, actions of the Japanese Empire rocked the world with war and death as did Fascist Germany and Italy. Vivid, haunting memories of the Holocaust still ring loud in the consciousness of those affected by the actions of brown-shirted torturers. Times and places, never to be repeated.

One world power with similar behaviors chooses to exert its power over the less fortunate, defenseless people of one area many have never heard of. And why should Americans be concerned about a remote group of indigenous people thousands of miles away that aren't currently supplying us with valuable oil, much-needed food resources, or cultural advantages? Because no country is an island. What happens in one area can be a precursor, a silent warning of things to come if preventive awareness and actions aren't heeded.

One such country is East Turkistan, who lives under the inhumane, tyrannical thumb of China. My thanks to its prime minister, Salih Hudayar, for sharing the nation's story with me and explaining the daily oppression his people live under and how it could affect the world at large. From cultural destruction to camp imprisonment, torture, rape and localized nuclear testing, his words should serve as a warning of the many hidden actions and agendas of this Communist enslaver.

Ron Boat: The indigenous Uyghurs (pronounced "You-gers") have roots in the region as descendants of the ancient Sogdian traders, an urban people who settled in the oasis towns of the Silk Road – the main trade route between China and Russia. For centuries, your area of the world was a relatively peaceful, independent nation. How did it come to be, and then suffered changes in the 18th, 19th and 20th centuries? Can you explain these major shifts in your country's structure? 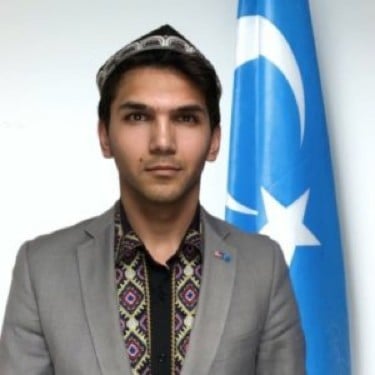 Salih Hudayar: East Turkistan has been home to Turkic and Indo-European peoples, whom the Uyghurs are the hybrid descendants. For much of the course of history, East Turkistan had maintained its independence. Our country has been known as Turkistan since the fifth century. However, in 1705 with the fall of the Yarkent Khanate, we became a vassal state to the Manchu Empire.

RB: Xinjiang (the New Territory or Frontier) has had many controlling groups, including of course the Chinese but also the Russians. Does this cause any dramatic changes in the culture, or society in general, or do the Uighurs maintain a steady connection to their past? 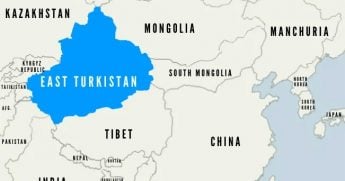 RB: You're the prime minister of East Turkistan yet are living "in exile." Were you elected to the post, and are you under threats if you return? How are other government officials dealing with this oppression?

SH: Officially founded in 2004, the East Turkistan Government in Exile is a democratically elected official body that represents East Turkistan and its people. I was elected prime minister on Nov. 11, 2019, at the ETGE's 8th General Assembly in Washington, D.C. I constantly received numerous threats from China and its agents. I haven't been able to contact my family in East Turkistan since the summer of 2017 due to my political activism and the Chinese government's increasing harassment of my relatives. I have over 100 relatives that have been detained and sent to concentration camps and prisons since 2017 alone. I won't be able to return until the time has come to formally declare East Turkistan's independence. Other members of our government are facing similar oppression. In fact our vice president's two young children were killed by Chinese officials after he refused to cooperate with them. There is always a threat from China, but it's a threat that is upon our entire nation.

RB: Was it inevitable and unavoidable that the Chinese Manchu Empire would invade and occupy this once-independent country?

SH: The competition between the Russian and British Empire in the 19th century greatly endangered East Turkistan's survival as an independent nation, and despite our leaders trying to balance our relations with these two empires, we ultimately were invaded by the Manchu Empire with the financial backing of the British Empire and became a buffer zone between the British and Russian Empires.

RB: What influences and changes did China exert over this once-peaceful civilization of millions of indigenous people? Are the Uyghurs' basic civil, religious, cultural rights being taken away?

My thanks to the prime minister for his input. In Part 2 we look at Chinese abuses of the people, their prison camps, as well as their illegal nuclear and biological testing.

What happens in other countries should be a warning to the U.S. as to the hidden agendas and future overt actions of an oppressor – a prediction of what we could face here should we not take steps to halt their abuses or protect ourselves.

Salih Hudayar is a Uyghur American activist born in East Turkistan and raised in Oklahoma. He is the founder of the East Turkistan National Awakening Movement (ETNAM). He is currently pursuing a Masters in National Security Studies at the American Military University. Follow him on Twitter @SalihHudayar.