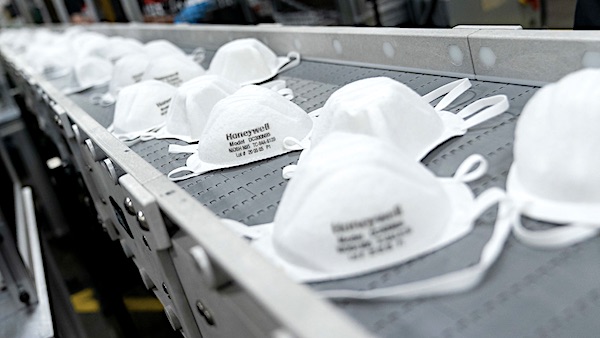 “As many people know, this PPE was a major crunch, particularly in March. China had known what was going on — they specifically bought up a lot of the stuff, really to try to screw over the rest of the world, which they’re going to need to pay for doing that,” DeSantis said at a press conference while touting a decontamination system for PPE.

He added: “But we were fighting for PPE. Jared [Kushner] did a great job.”

China “intentionally concealed the severity” of the coronavirus outbreak in its early stages in order to hoard medical equipment, a Department of Homeland Security report obtained by The Associated Press stated.

Chinese government officials silenced doctors, whistleblowers and journalists who sought to warn the public about the virus in its early stages. Up to 95% of the virus’s global spread could have been prevented if China had acted to combat the virus three weeks earlier, one study found.

While withholding information about the transmissibility of the virus, the Chinese government stockpiled medical supplies from abroad, including face masks, gloves and surgical gowns, according to the May 1 DHS report.

Republican Tennessee Sen. Marsha Blackburn has called on China to waive the roughly $1 trillion of U.S. debt it holds as reparations for its handling of the virus.

“There is a growing opinion among our colleagues that China needs to be first of all held to account for what they’ve done, and secondly they need to pay for what this has cost in lives and livelihoods and suffering and what it cost our economy,” Blackburn said on April 13.