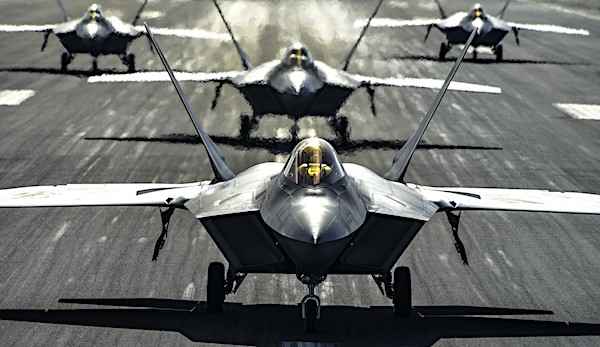 An internal report warns China's communist regime could face armed conflict over its handling of the COVID-19 pandemic.

People familiar with the report told Reuters a rising tide of hostility "could tip relations with the United States into confrontation."

The report was issued last month to President Xi Jingping and other top leaders by the ministry of state security.

It concluded that anti-China sentiment is the highest since the 1989 Tiananmen Square crackdown, the sources told Reuters.

People familiar with the document told Reuters it warns Beijing that it "needs to be prepared in a worst-case scenario for armed confrontation between the two global powers."

Reuters confirmed it has not seen the briefing, which was issued by the China Institutes of Contemporary International Relations, an associate of the ministry of state security.

A statement from the Chinese foreign ministry said, "I don't have relevant information."

In any case, it shows how seriously Beijing takes the threat of a building backlash that could impact its security and overseas investments.

Reuters described relations between China and the U.S. as "at their worst point in decades, with deepening mistrust and friction points from U.S. allegations of unfair trade and technology practices to disputes over Hong Kong, Taiwan and contested territories in the South China Sea."

President Trump is considering retaliatory measures against China in response to Beijing's handling of the coronavirus.

Reuters said the report "warned that anti-China sentiment sparked by the coronavirus could fuel resistance to China’s Belt and Road infrastructure investment projects, and that Washington could step up financial and military support for regional allies, making the security situation in Asia more volatile."

The U.S. and other Western nations have accused China of lying about the transmissibility of the virus after it emerged in Wuhan. China has retaliated by claiming the virus was planted in China by the CIA or the U.S. military.