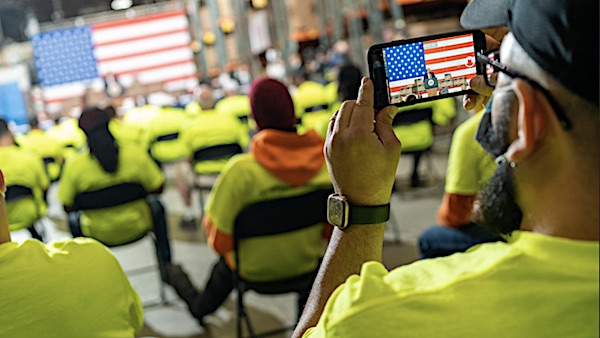 The coronavirus death-forecast model that apparently convinced President Trump and British Prime Minister Boris Johnson to shift to a policy featuring unprecedented lockdowns of the healthy "could go down in history as the most devastating software mistake of all time, in terms of economic costs and lives lost."

That's according to two software company executives writing in the Daily Telegraph newspaper of London.

David Richards, CEO of the British-American software firm WANdisco, and Konstantin Boudnik, the company's vice president of open source development, were referring to the Imperial College of London report March 16 forecasting 2.2 million deaths in the United States and 500,000 in Britain from the coronavirus.

However, just 10 days later, the lead author of the report, Neil Ferguson, told a drastically different story when he testified under oath to a British parliamentary committee.

Ferguson said the U.K. death toll was unlikely to exceed 20,000 and could be much lower.

"Since publication of Imperial’s microsimulation model, those of us with a professional and personal interest in software development have studied the code on which policymakers based their fateful decision to mothball our multi-trillion pound economy and plunge millions of people into poverty and hardship," Richards and Boudnik wrote. 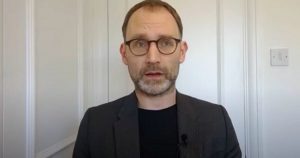 "And we were profoundly disturbed at what we discovered."

Do you trust the coronavirus models being proffered by government officials?
1% (1 Votes)
99% (143 Votes)

They found the model "to be totally unreliable."

The authors noted that when other scientists tried to replicate the findings using the same model, they failed.

The software engineers described the model as a "buggy mess that looks more like a bowl of angel hair pasta than a finely tuned piece of programming."

"In our commercial reality we would fire anyone for developing code like this and any business that relied on it to produce software for sale would likely go bust."

It wasn't the first time for Ferguson.

The Express of London noted earlier this month that his models in the fight against the swine flu a decade ago also were way off. He predicted 65,000 people in the U.K. would die. But only 457 succumbed to the disease.

However, no one in the U.S. or the U.K. was advocating at the time that no measures be taken to control the spread of the virus, pointed out Powerline blogger Paul Mirengoff.

As WND reported May 5, Ferguson resigned his government position after breaking social-distancing rules to meet his lover, Antonia Staats, a married woman with children.

He resigned from the Scientific Advisory Group for Emergencies, or SAGE, after admitting he made an "error of judgment."

"I deeply regret any undermining of the clear messages around the continued need for social distancing to control this devastating epidemic.

"The government guidance is unequivocal, and is there to protect all of us."