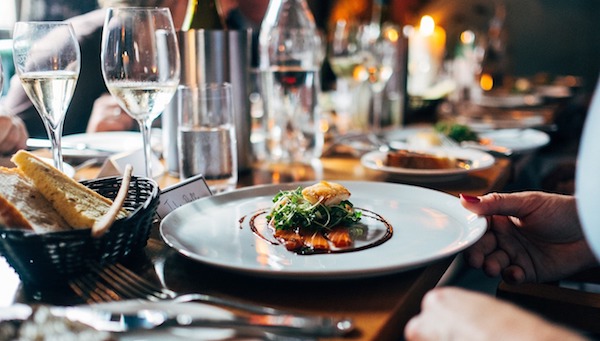 Apparently now Palestinians, who long have been discouraged by their leaders from interacting with their Jewish neighbors, cannot even accept a dinner invitation.

The "bar has just been lowered," wrote Khaled Abu Toameh, an award-winning journalist based in Jerusalem who is a fellow at the Gatestone Institute.

"It is no secret that many Palestinians are opposed to any form of normalization with Israel," he said.

"For the past several years, these Palestinians have been waging smear campaigns against any Palestinians and Arabs who have allegedly engaged in normalization activities with Israel, particularly meetings between the two sides. It appears, however, that the bar has just been lowered. Recently, eating with an Israeli or even watching a television series that sheds a positive light on Jews has come to constitute the despised 'normalization' and is considered a crime and an act of treason."

He explained that during this year's Ramadan, a month-long period of daily fasting that ends with a special meal called iftar, "several Palestinians were invited by Jewish settler leaders" to dinner.

"Scenes of Muslims and Jews sitting to eat together are a fine example of coexistence and peace between the two sides. These are the kind of heart-warming events that promote tolerance and lay the foundations for real peace between Israelis and Palestinians," he wrote.

However, instead of "welcoming the iftar meal, many Palestinians are now expressing outrage over the encounter and condemning it as a treacherous act," he said.

The participants are "traitors," according to several online commentators who accused them of discussing an end to Palestinian "resistance," the term to describe terror attacks against Israel.

Toameh noted that the Palestinians who accepted the invitation apparently expected a backlash, since they asked that their names and photos not be made public.

"Palestinians, in other words, are afraid for their lives because they committed the 'crime' of eating with Israelis," Toameh wrote.

The commentary noted a similar incident last year in which an iftar meal brought Jews and Muslims together in Hebron.

That, Toameh reported, "sparked a massive wave of condemnations among Palestinians, with many calling for punishing the Palestinian 'traitors' who dared to accept an invitation from Jews to share the event."

Additionally, a campaign has been under way in recent weeks by Palestinians who oppose a television series from Saudi Arabia "that depicts the life of Jews in the Gulf before 1948."

It's because the production "depicts good relations between Jews and Arabs in some Gulf states."

The commentary explained, "The Palestinians claim that by humanizing Jews, the drama aims to pave the way for normalization between some Gulf states and Israel."

The campaign against "normalization" is exemplified in a statement from Hamas: "We categorically reject all forms of normalization with the occupation. Normalization is a stab in the back of the Palestinian people and a violation of their rights."

Toameh noted that Hamas leader Ismail Haniyeh has stated normalization is a "sin that can't be forgiven."