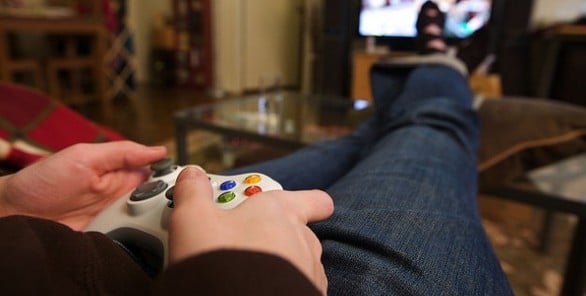 In the commercial market, producers of video games have an interest in maintaining games that are "balanced," meaning the competition between the user and the figures programmed into the game is relatively even.

But for the U.S. government's Defense Advanced Research Projects Agency, winning is the only acceptable outcome, and gaining a competitive advantage is the objective.

That's why the agency, which uses gaming to train soldiers, has launched the Gamebreaker Artificial Intelligence Exploration program.

Nine teams will be given the opportunity to show they can break a game, alter its components and make it more usable for training.

The program will assess various video games and explore "new capabilities, tactics, and rule modification's with the goal of destabilizing the game."

"If we can figure out a generic method to assess and then manipulate balance in commercial video games, my hope is that we might then apply those AI algorithms to create imbalance in DoD simulated war games used to train warfighters for real-world battle," said Lt. Col. Dan "Animal" Javorsek, the Gamebreaker program manager in DARPA’s Strategic Technology Office.

It's no longer a world of Nintendo and Atari, which were the big names when many of Department of Defense leaders were young.

"A number of advanced commercial video games involve realistic command and control, campaign planning, and strategy development, which are very relevant to the military. Games of strategy like chess or weiqi (the Chinese name for Go) often related to military strategy also serve as the developmental playground for AI research," DARPA explained.

"After conquering sequential perfect information games, AI has moved into the much more dynamic environment of real time strategy video games. Rather than starting from scratch, Gamebreaker aims to leverage the gaming industry’s significant AI development in these areas and build on them for purposes unique to the DoD."

Each of the teams try to break two games, with the same AI used on the first tried on the second.

"We received many incredibly rich proposals from a diverse base of universities and small and large companies," Javorsek explained. "Since the teams aren’t competing against each other, we’re looking forward to a collaborative effort as performers develop their AIs across an array of games."